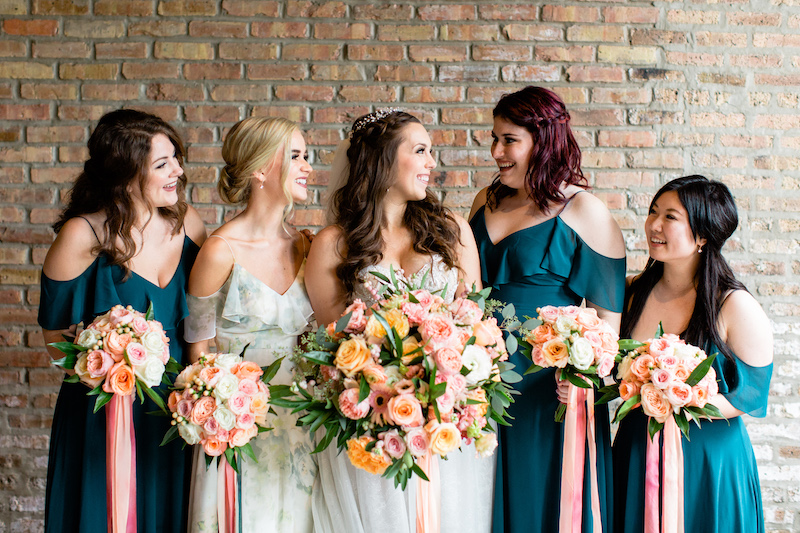 Emma and Matt casually dated in high school, but became inseparable their senior year. The couple weathered four states, college together and apart, and were about to do long distance again when Matt popped the question. He also surprised Emma with a Cubs World Series jersey, knowing that, one day, they’d be able to visit Wrigley Field as husband and wife.

It was finally the day they had been dreaming about. Emma always wanted her dad, owner of Andrew’s Garden, to do the flowers for her wedding. She also fantasized about having a bouquet so enormous, it would fill a wheelbarrow. True to Emma’s childhood fantasy, her father not only personally arranged her bridal bouquet, but she could barely hold it with two hands! Blush and coral tones drove the romantic color scheme. Garland adorned the stairs Emma descended to meet Matt under the ceremony arch where roses, hydrangeas and greenery spilled to the floor.

After the ceremony, Emma and Matt went over to Wrigley Field to pose for photos in front of the marquee. Coincidentally, nearby their alma mater, Michigan State, was playing football on the big screen. As the couple made their way back to their guests, they were greeted with a reception area as intimate as a storybook garden.

To continue the evening, the couple decided to offer four food stations, including their breakfast favorites, which were a hit. After dinner, the DJ seemingly hit every musical genre and the dance floor didn’t empty until the night was over. The evening concluded with the Michigan State Fight Song and a win. 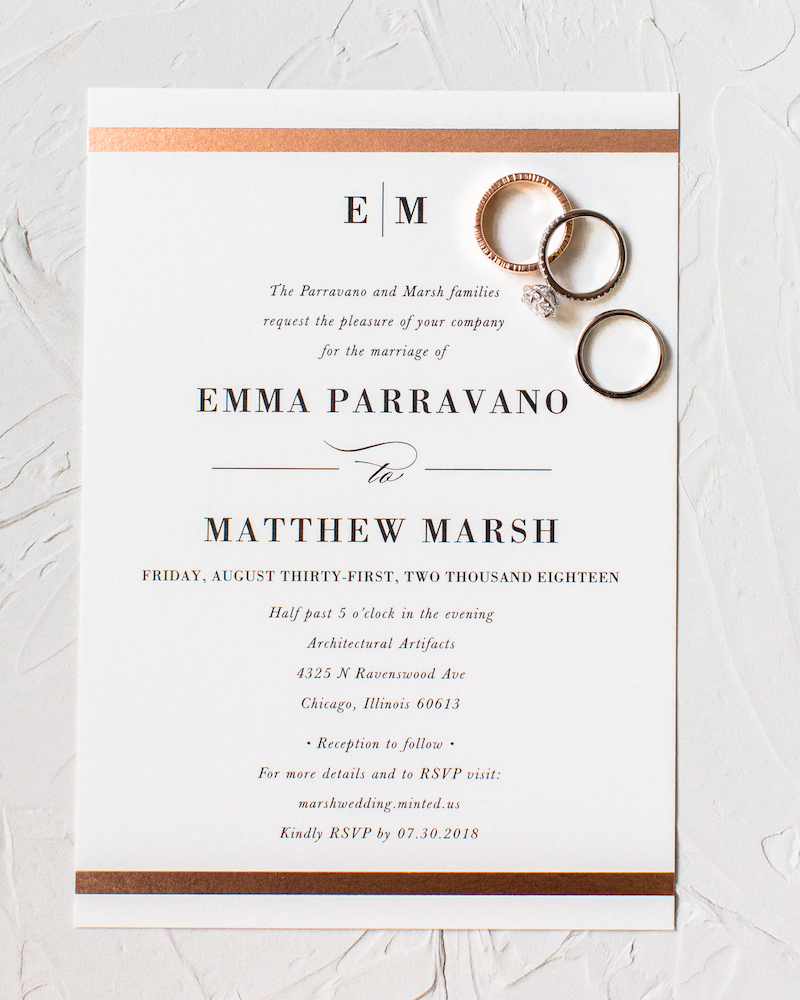 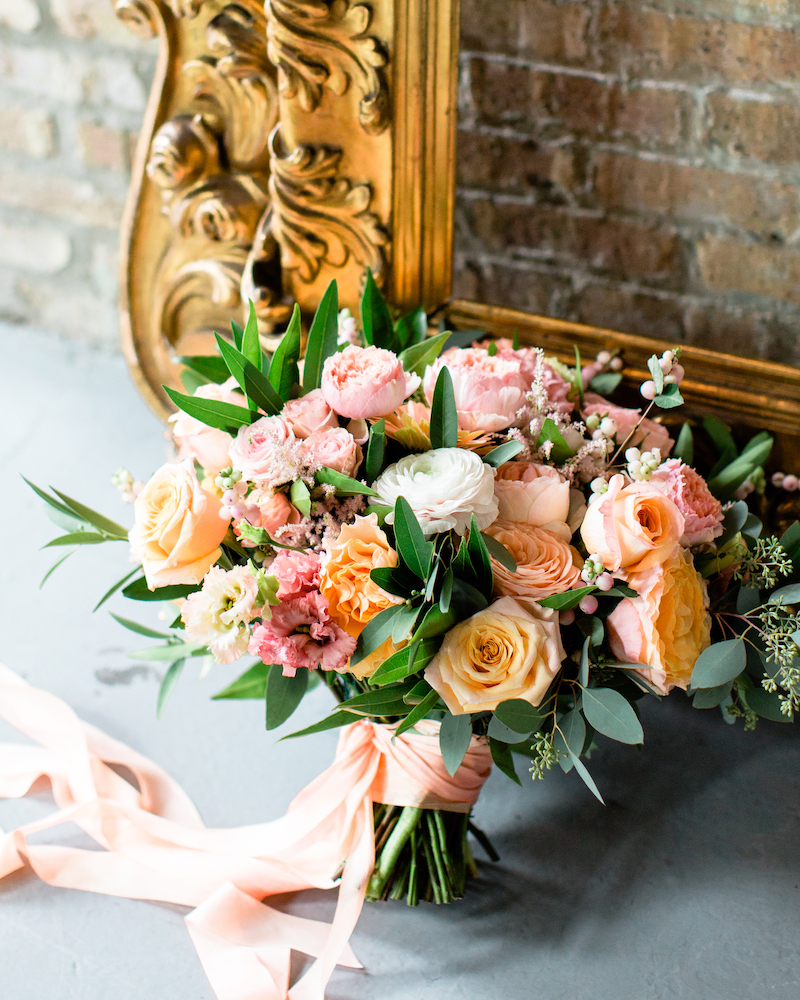 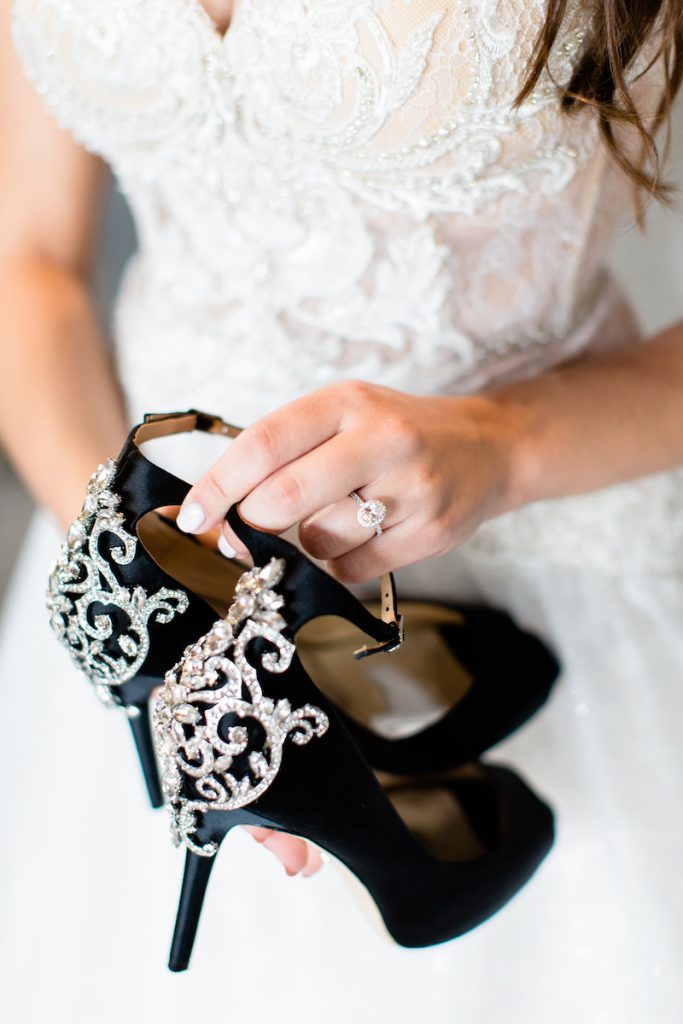 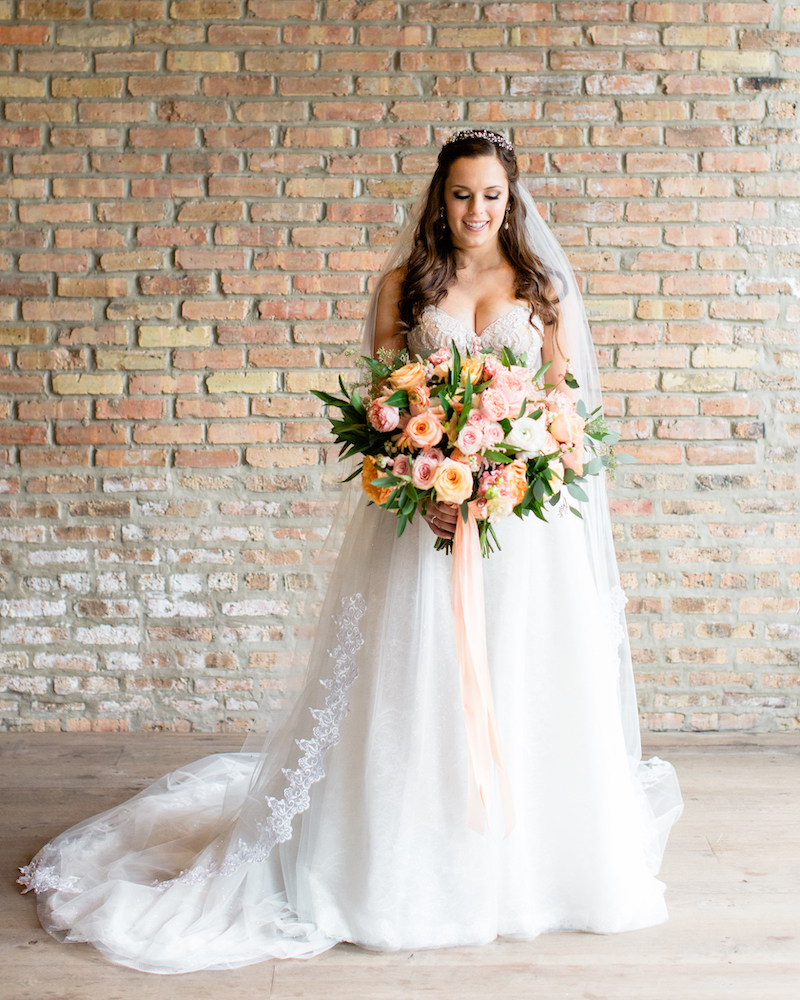 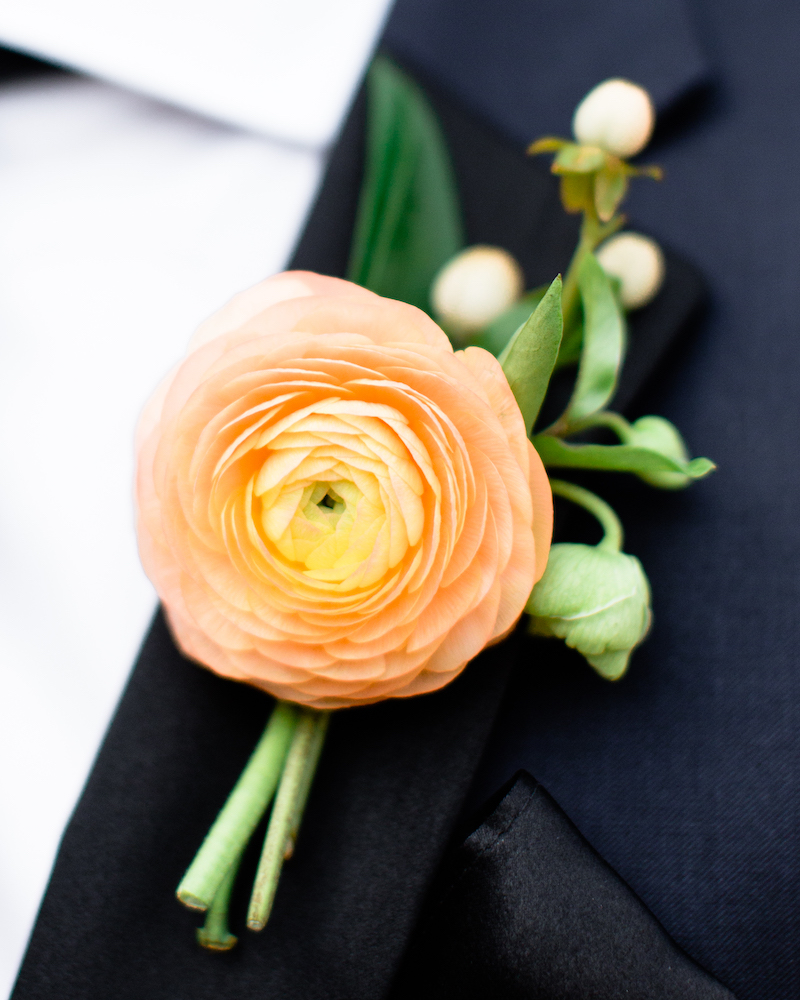 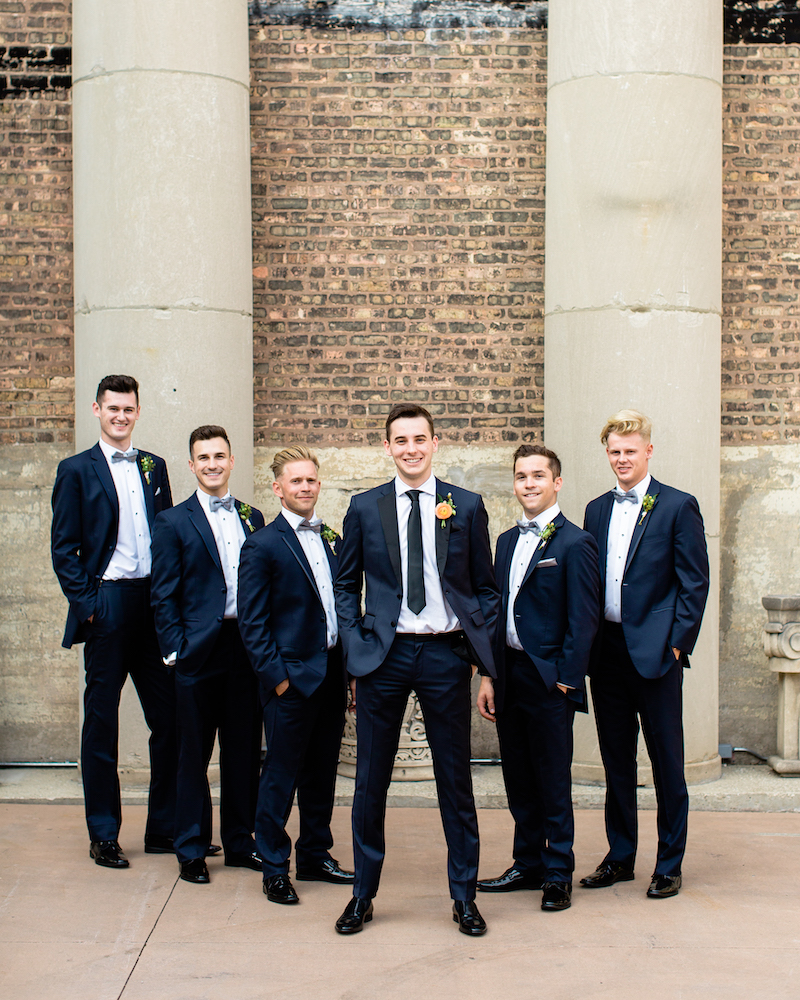 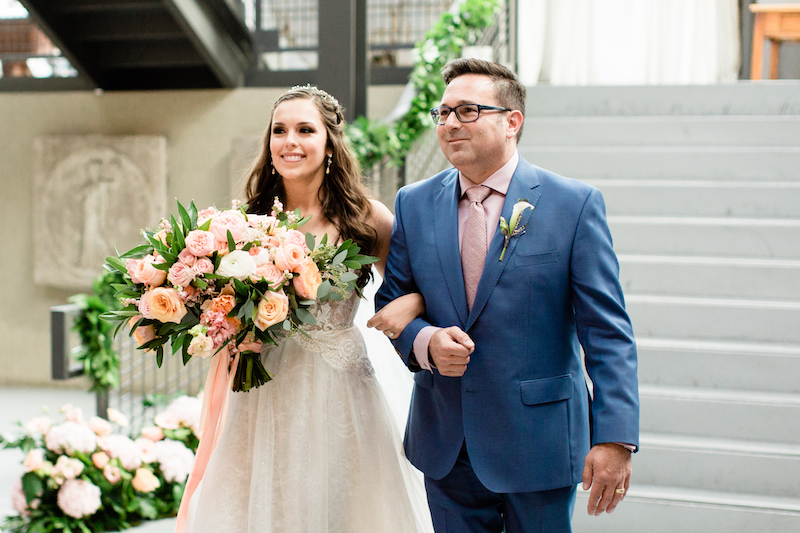 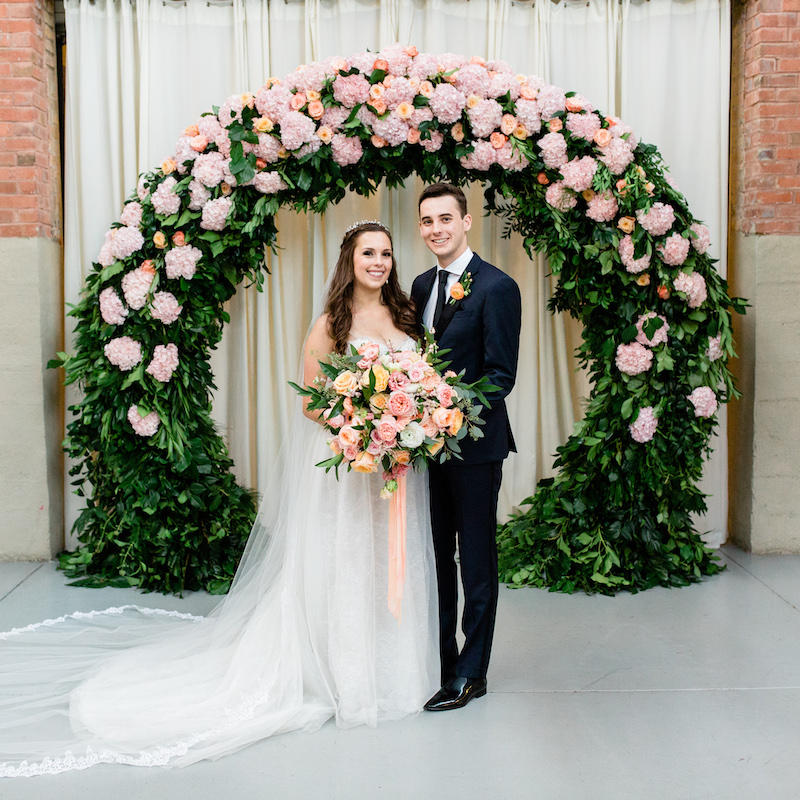 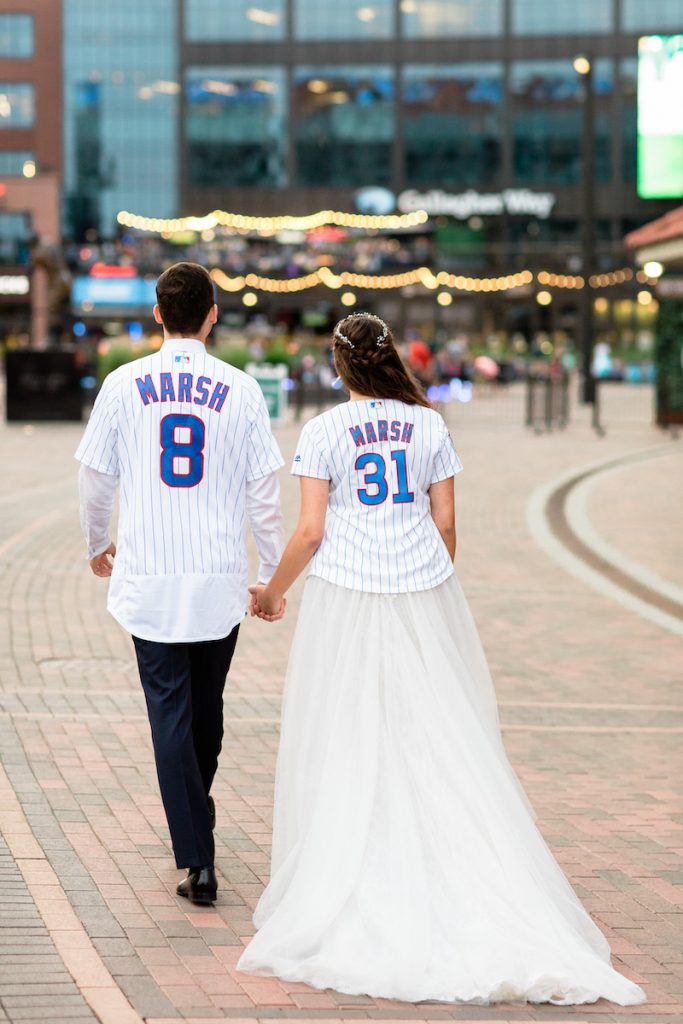 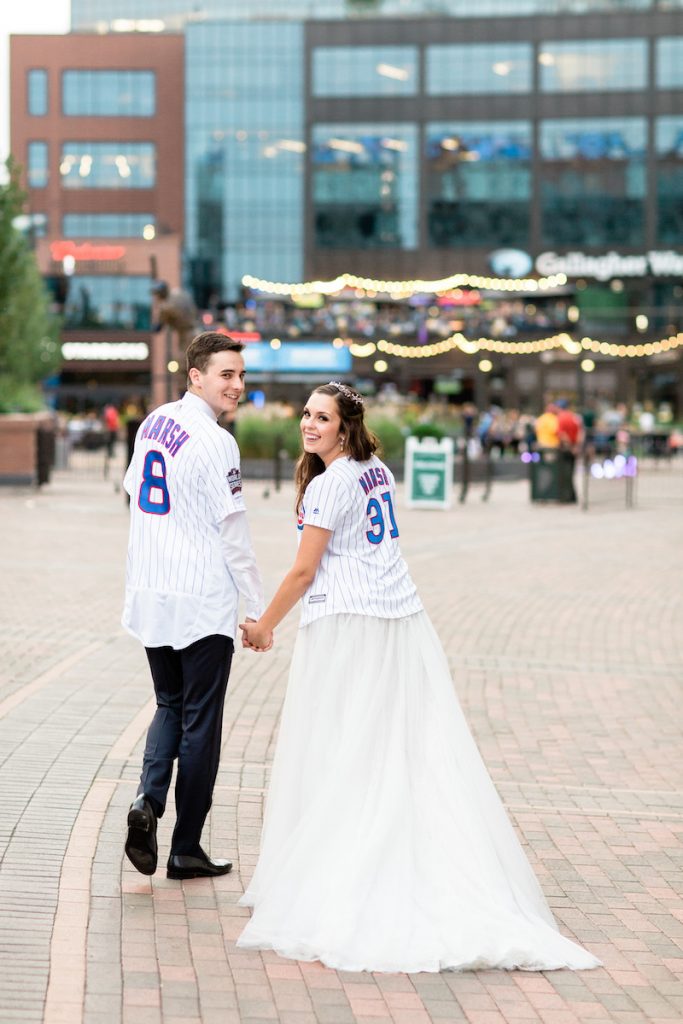 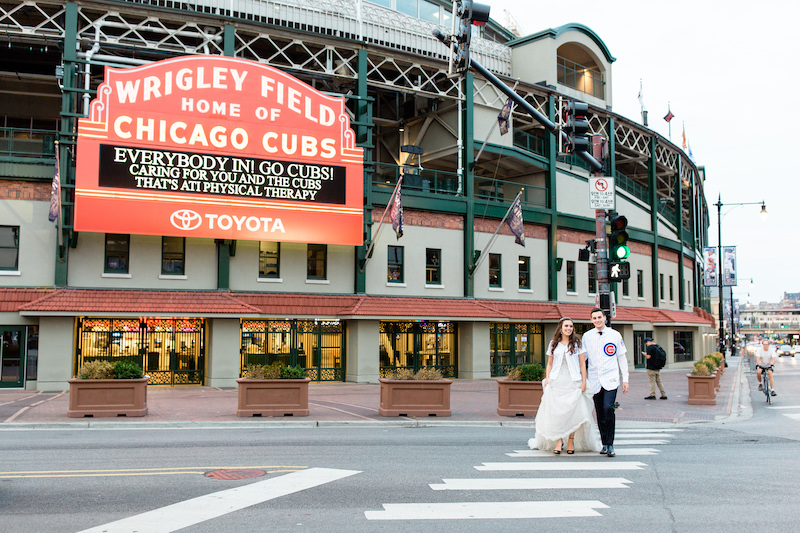 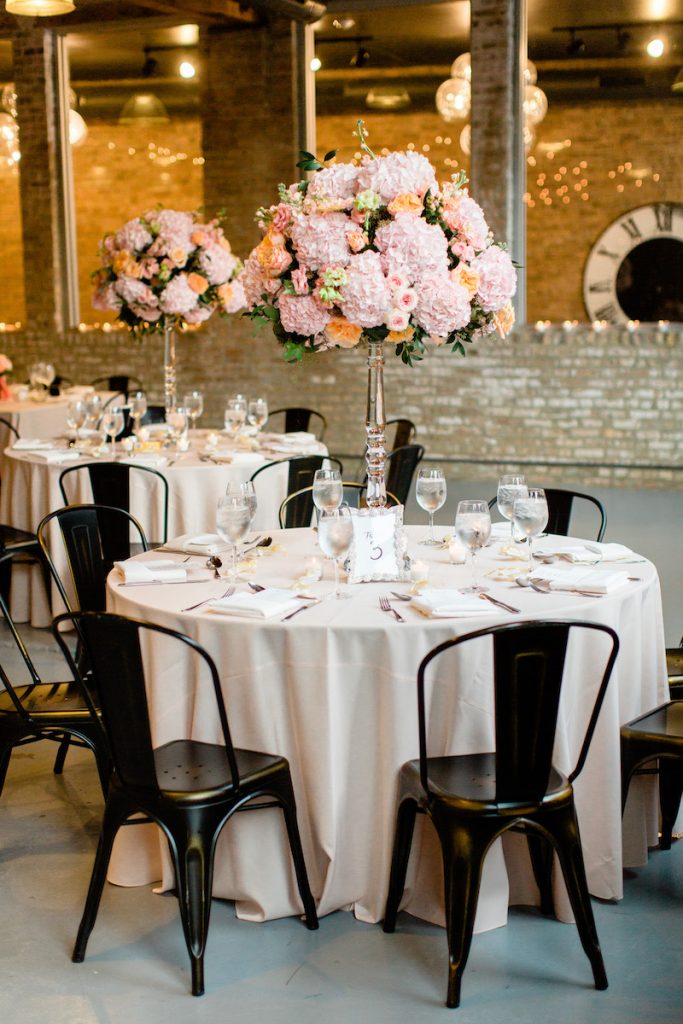 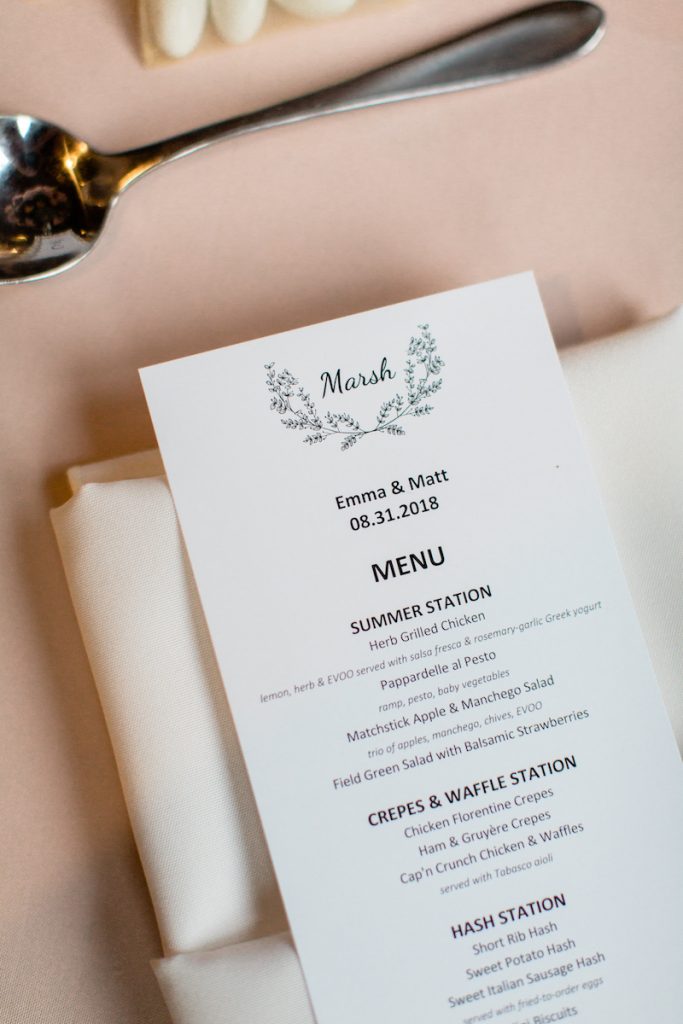 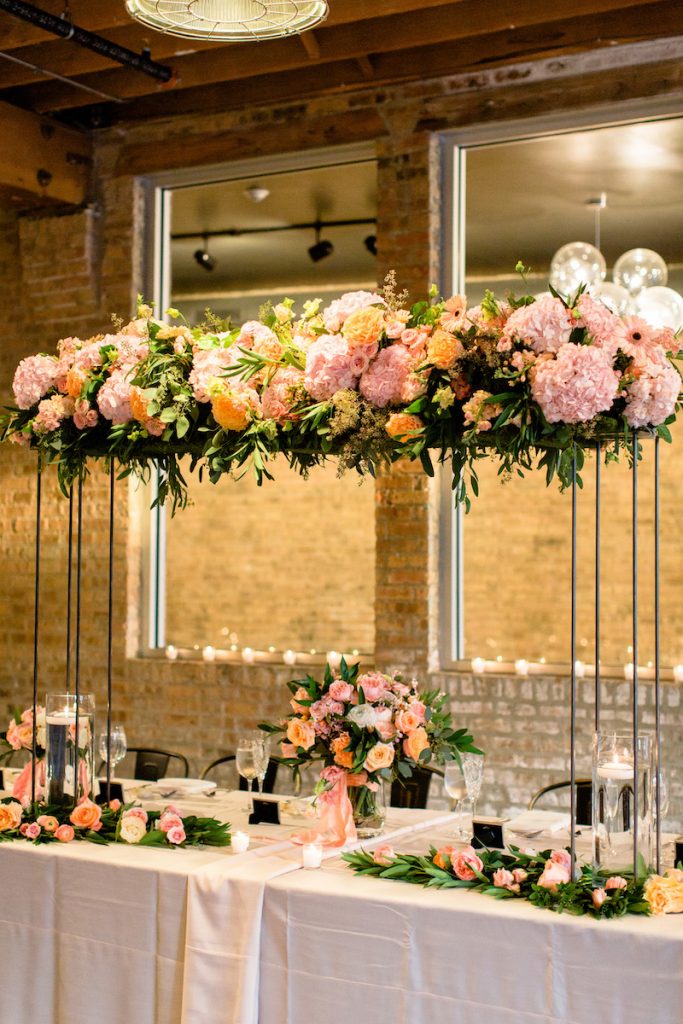 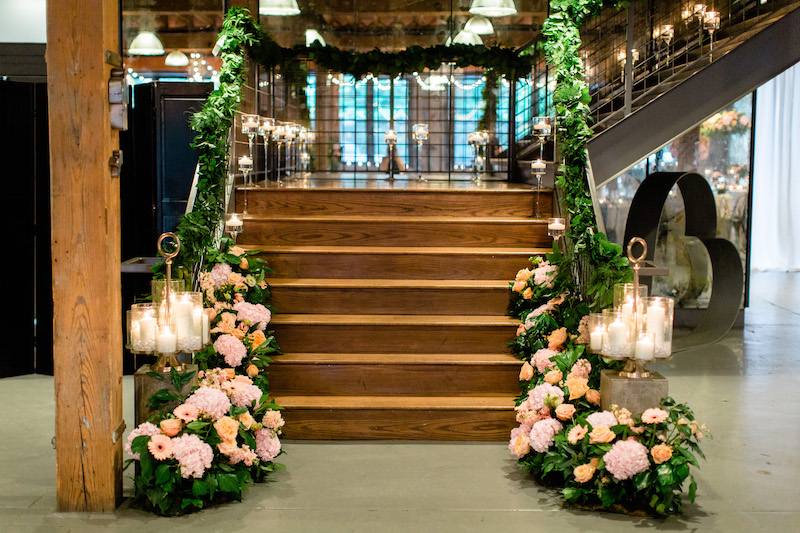 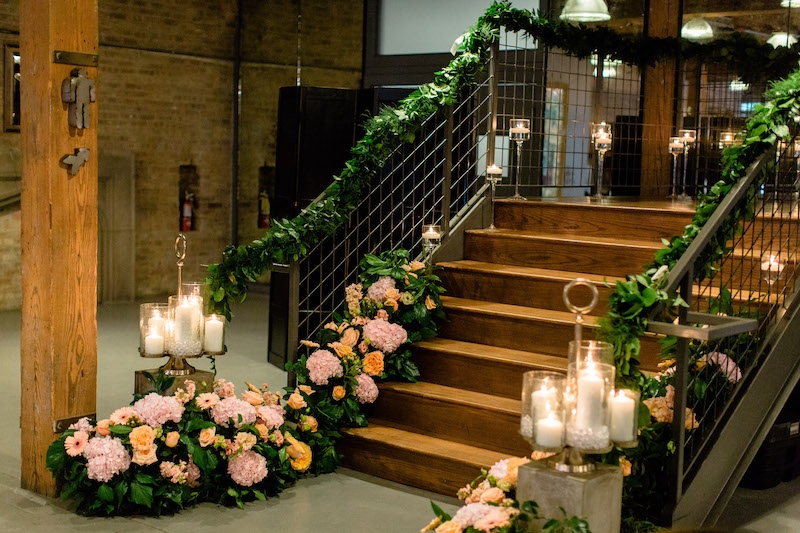 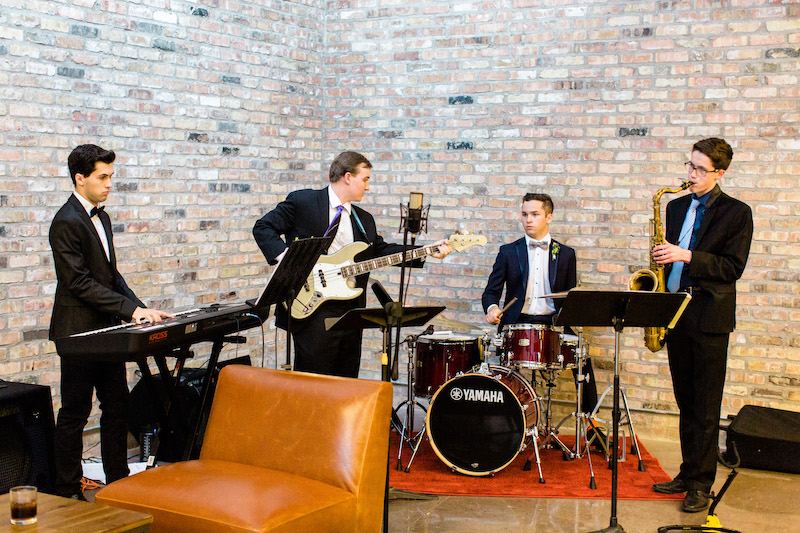 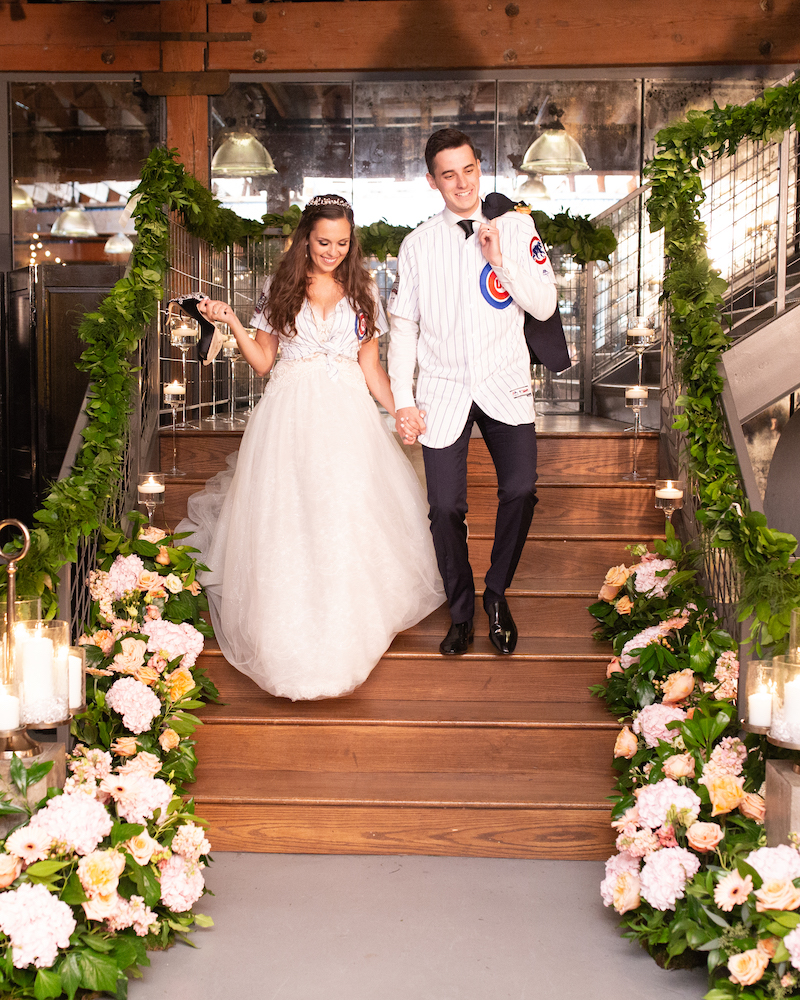 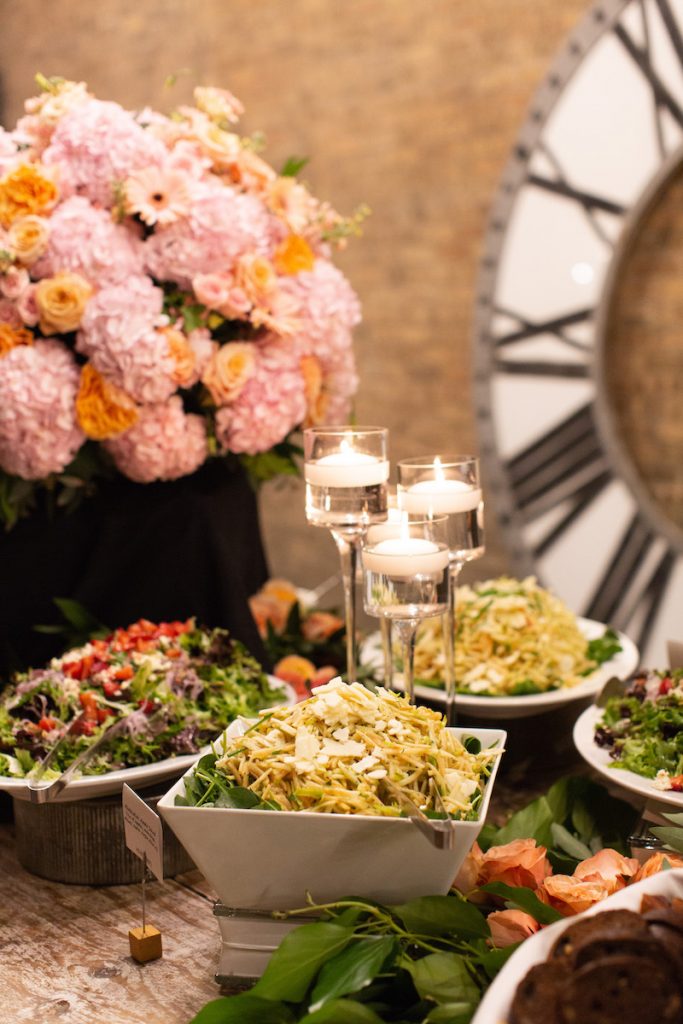 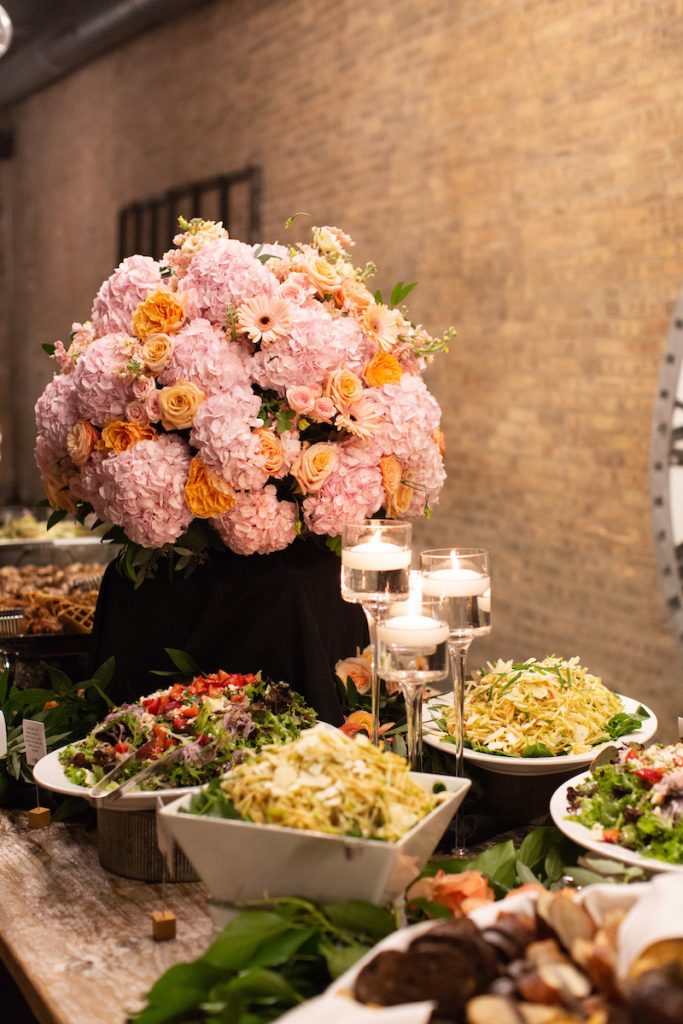 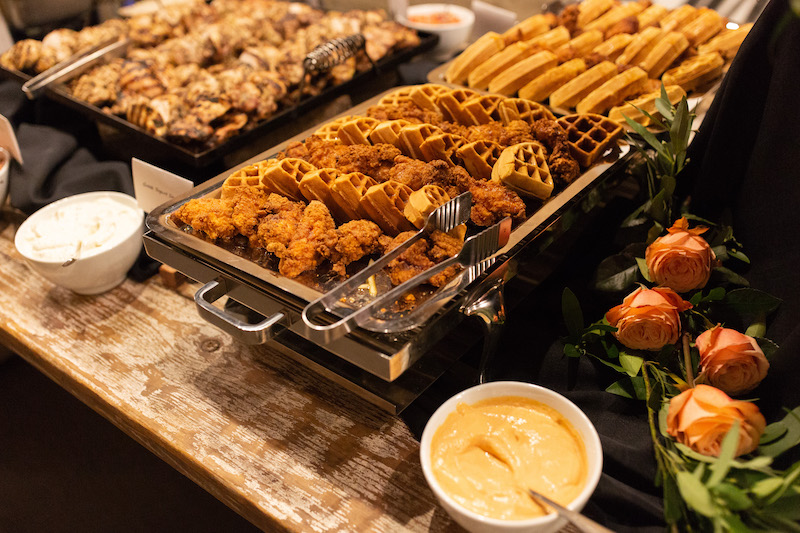 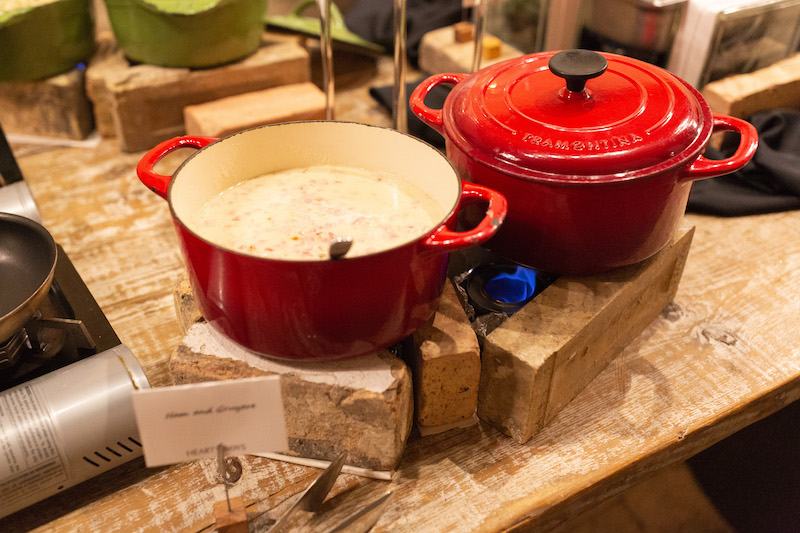 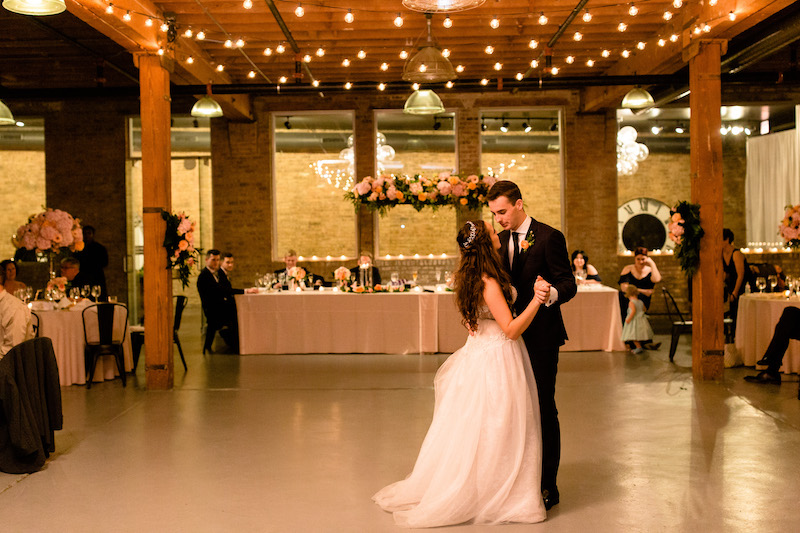 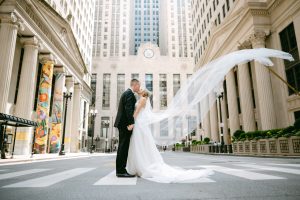 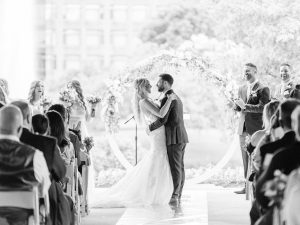 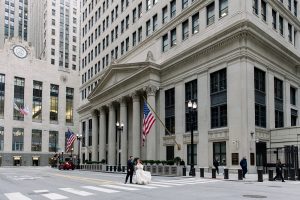 City Weddings, Spring Weddings
Chandler and Kurt’s Architectural and Sentim...
About This Post