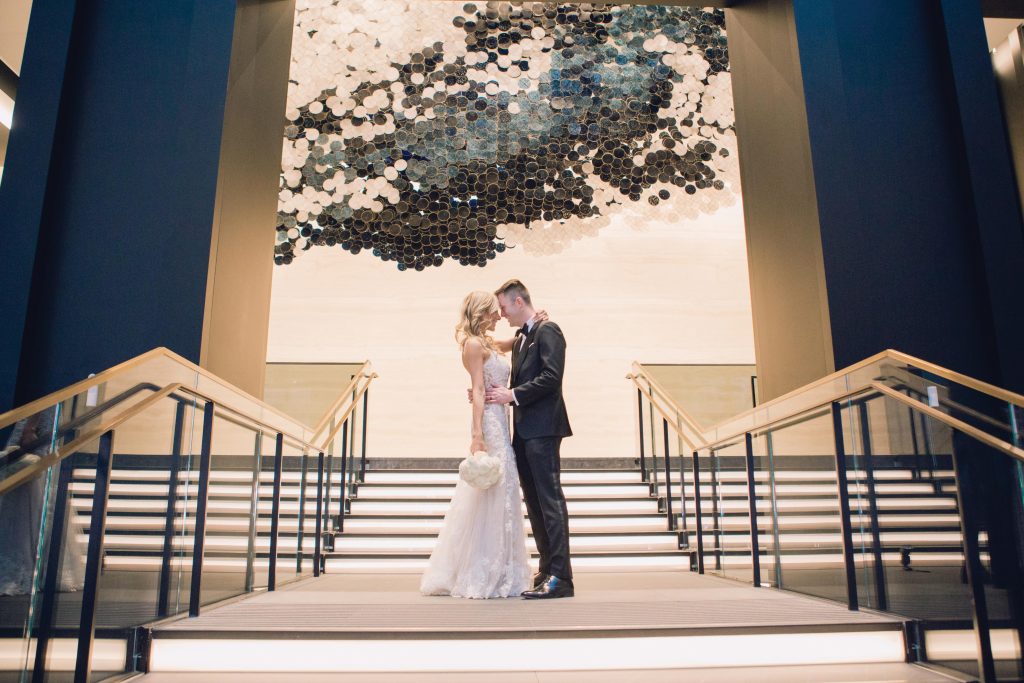 Both Steph and Dan almost didn’t go to the 2016 Super Bowl party where they ended up meeting each other. Two years later, a different kind of game led to their engagement — Dan planned an elaborate scavenger hunt for Steph throughout the city that ended in the Welles Park gazebo where he was waiting with an engagement ring.

The couple were married in a traditional Greek orthodox ceremony in October of 2019 in front of 200 guests. The groomsmen wore tuxedos, while the bridesmaids wore black gowns and carried bouquets of white roses to complement the black-tie theme. Following the ceremony, the bridal party posed for photos around the city before continuing the celebration at the Metropolitan on the 66th floor of the Willis tower.

The theme for the reception was “an elegant Chicago gala” with a dash of fun. They made heavy use of white floral décor with minimal greenery but opted for table linens and chairs in shades of oatmeal and gold to soften the black-and-white palette. The appetizers included crab cakes, sliders and short-rib crostini (served during the cocktail hour) before continuing with a traditional meal of pan-seared chicken, pork tenderloin or vegetable Napoleon. The cake was half red velvet with cream frosting and half chocolate with chocolate filling. After the meal, the couple and guests danced well into the night with never a lull on the dance floor. 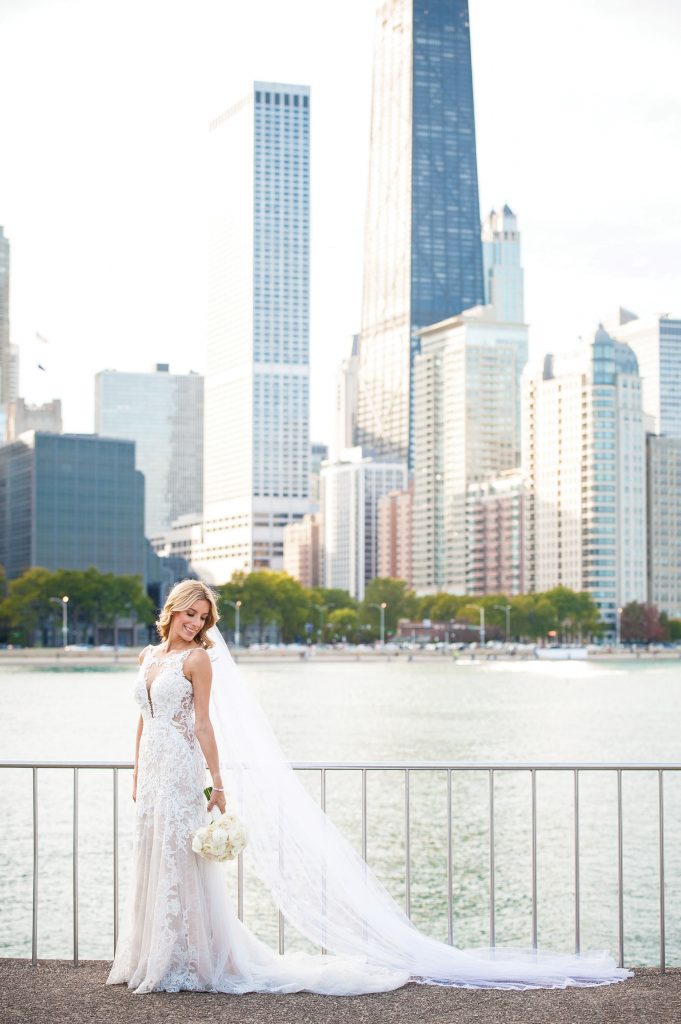 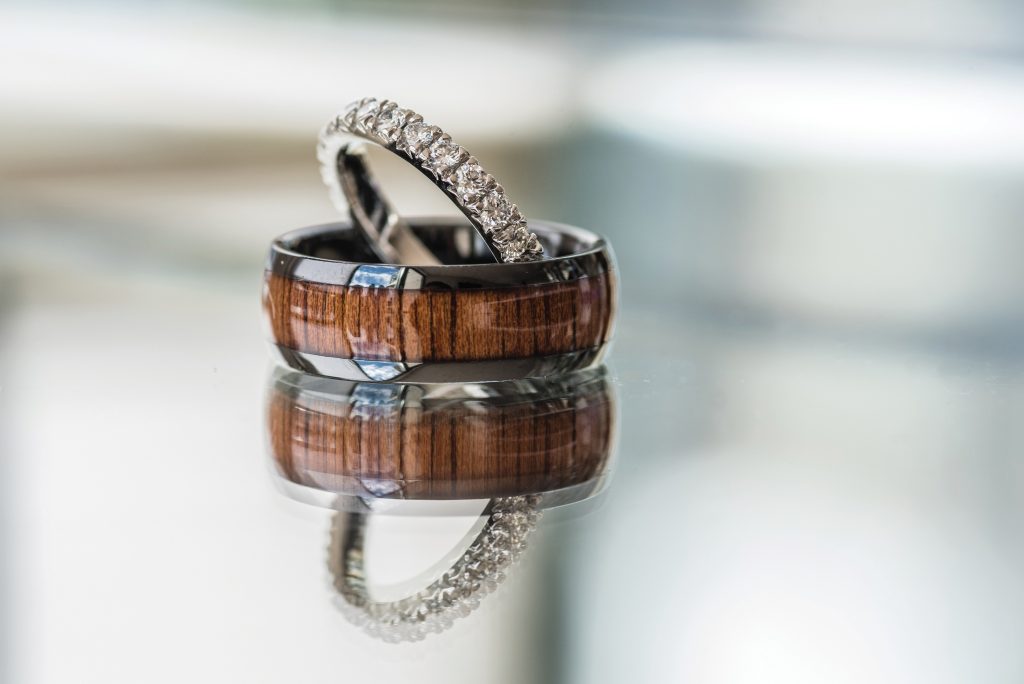 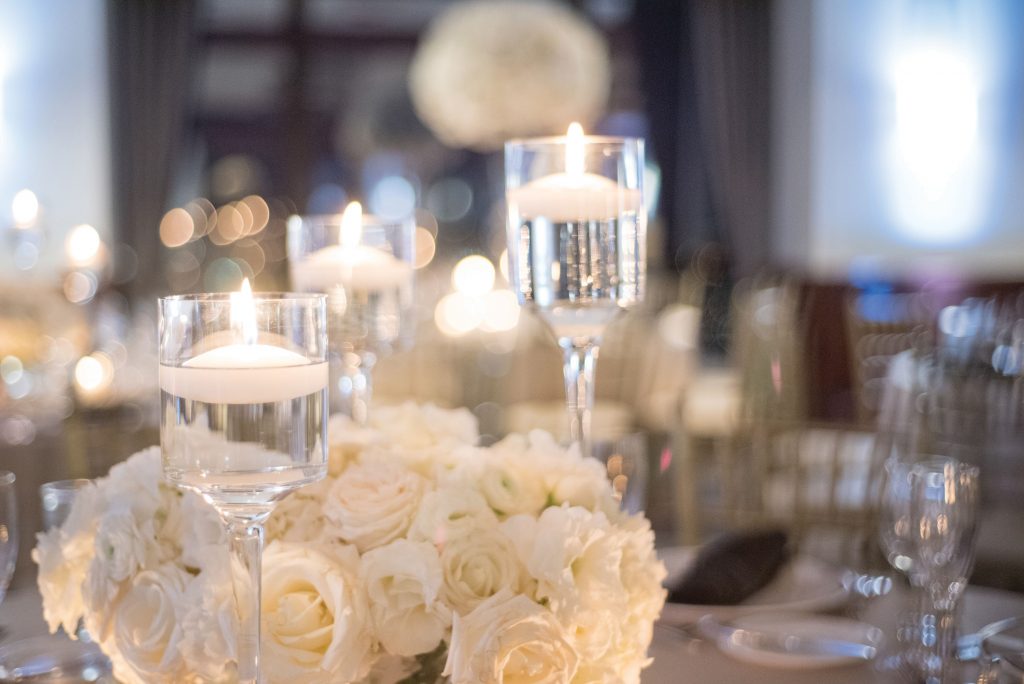 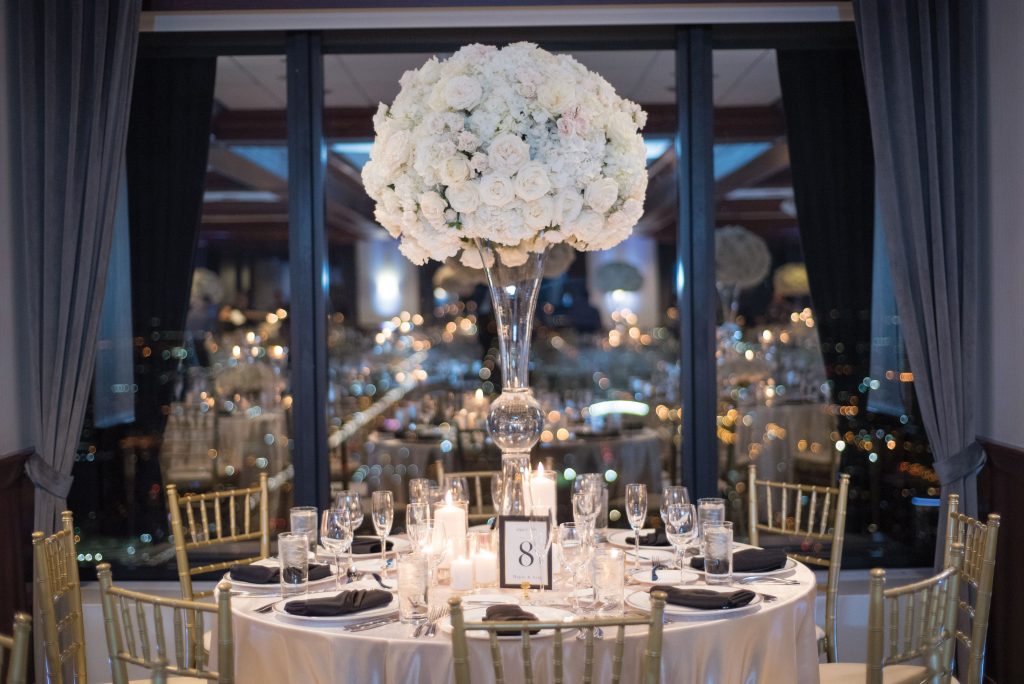 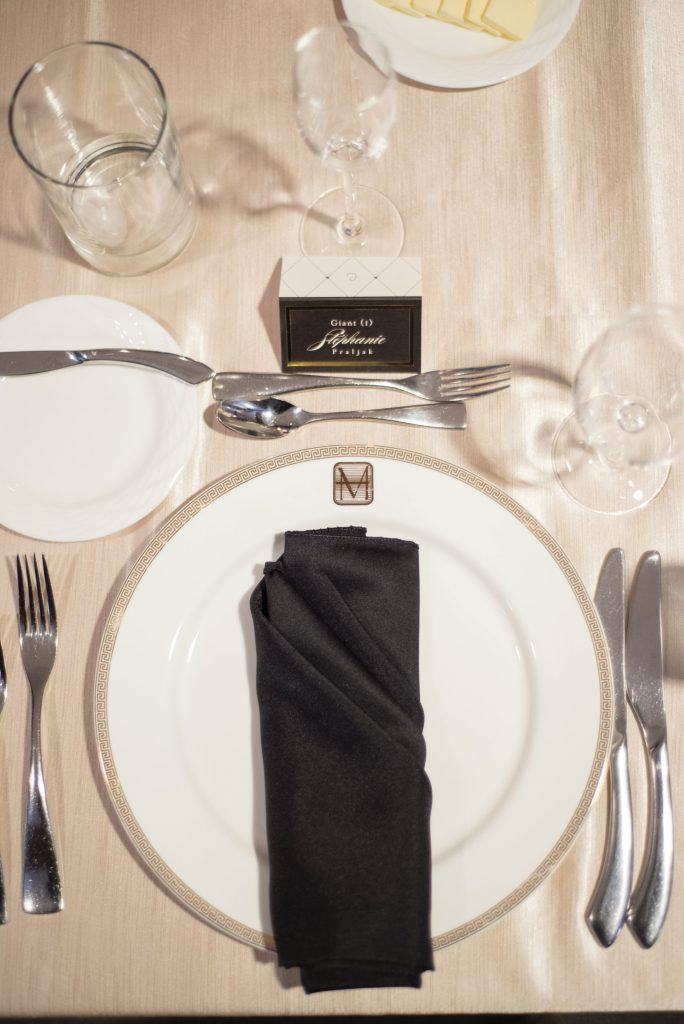 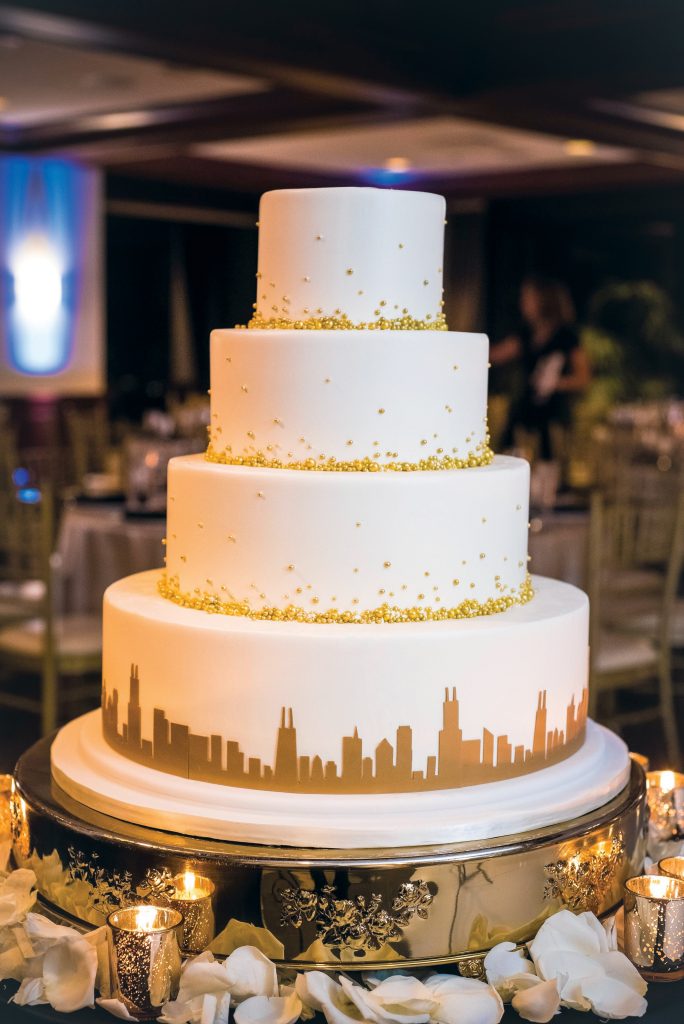 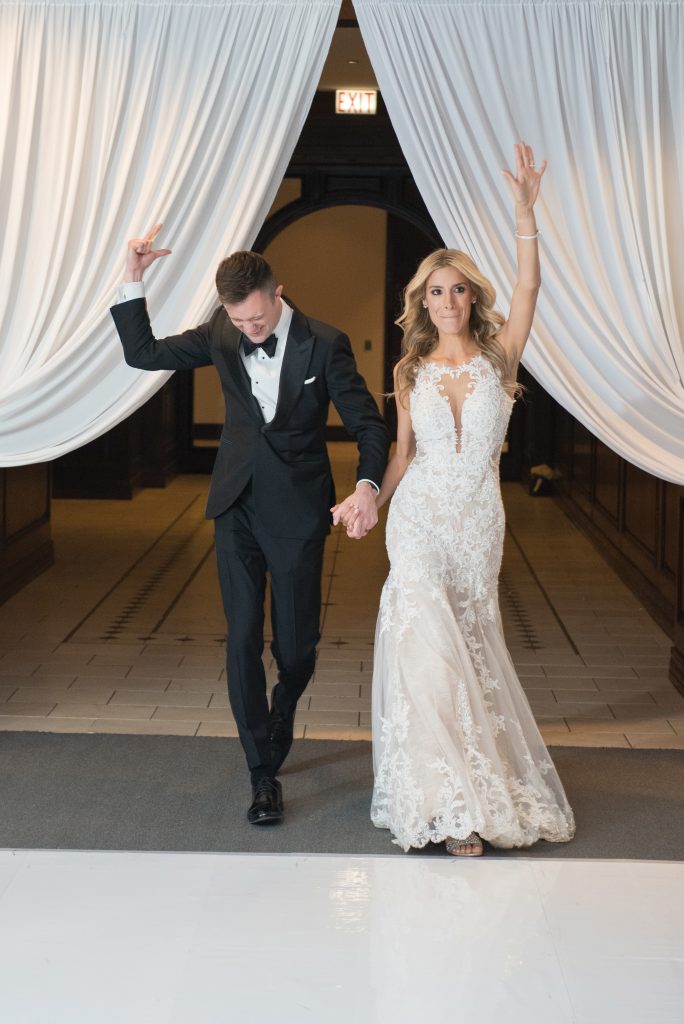 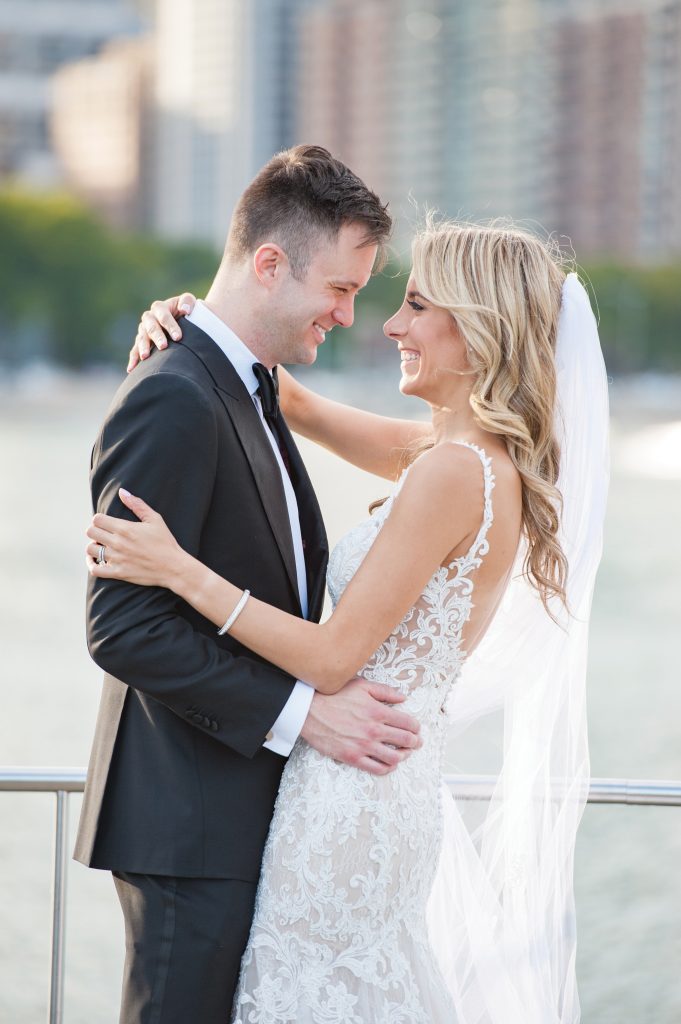 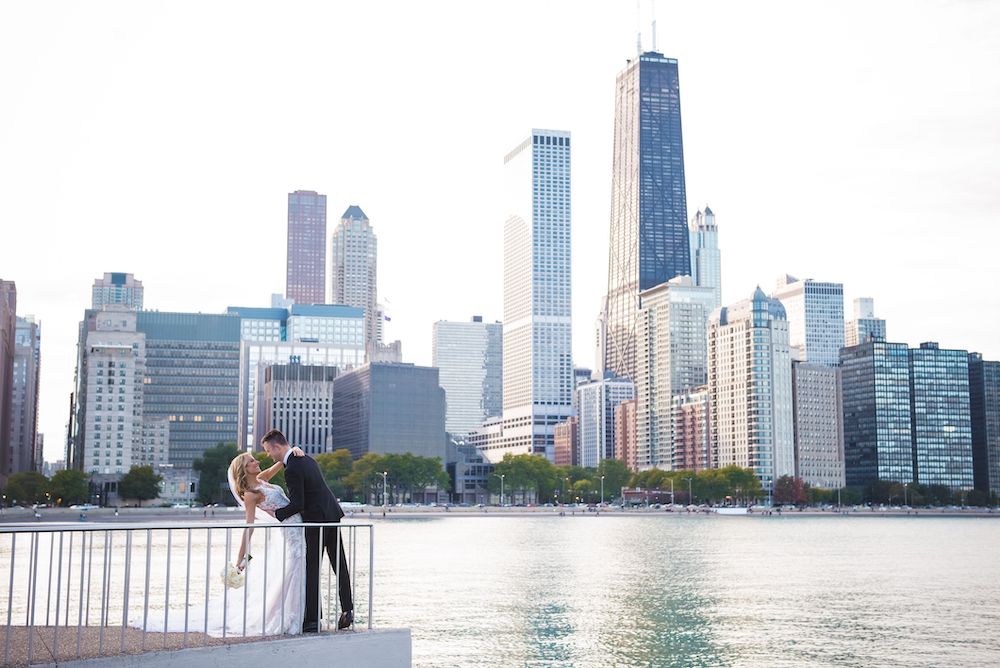 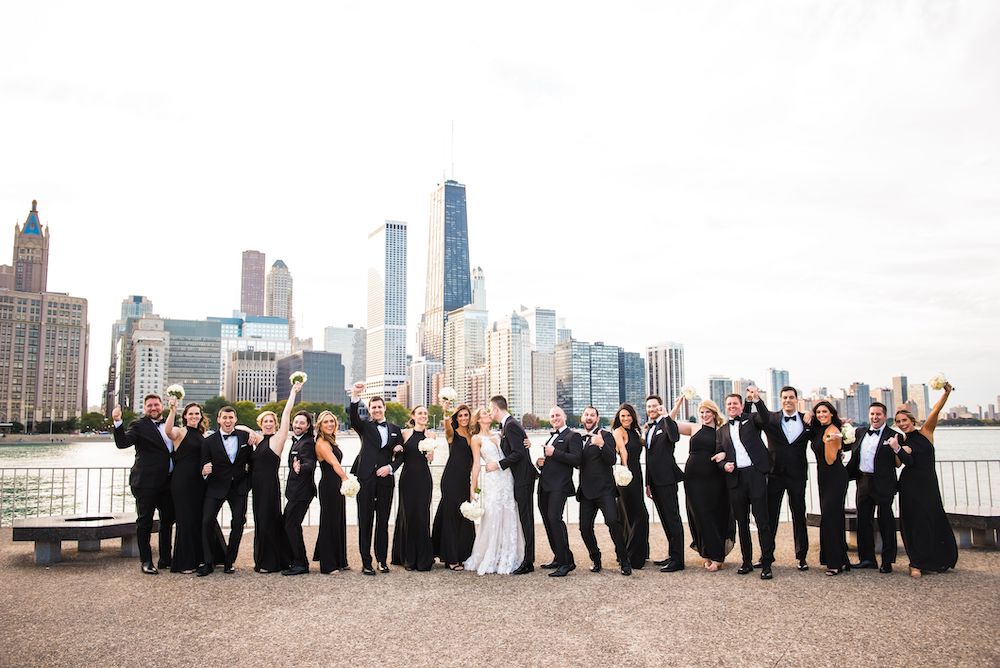 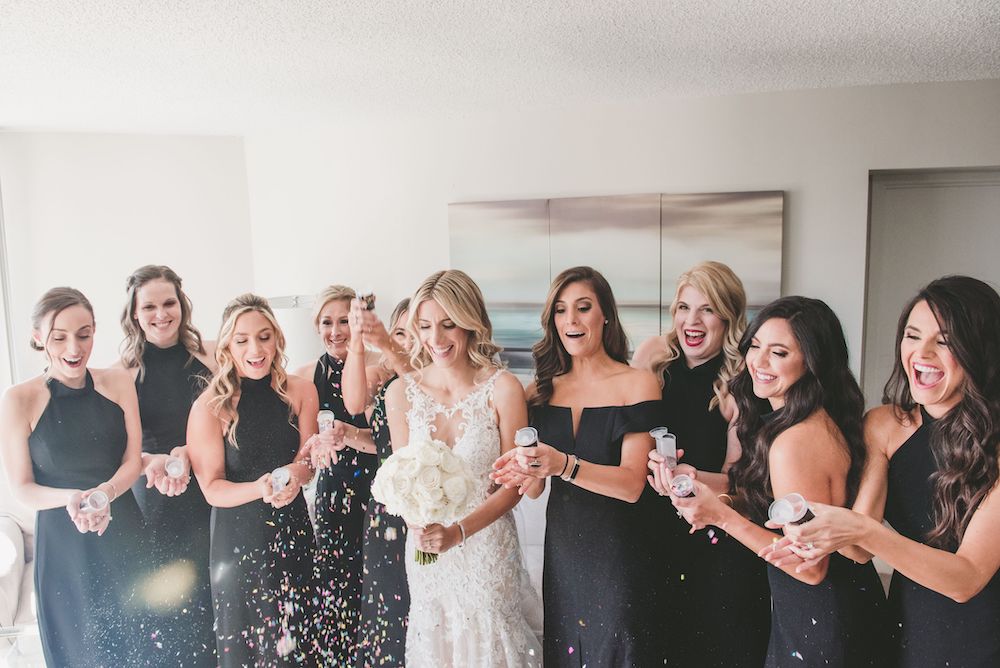 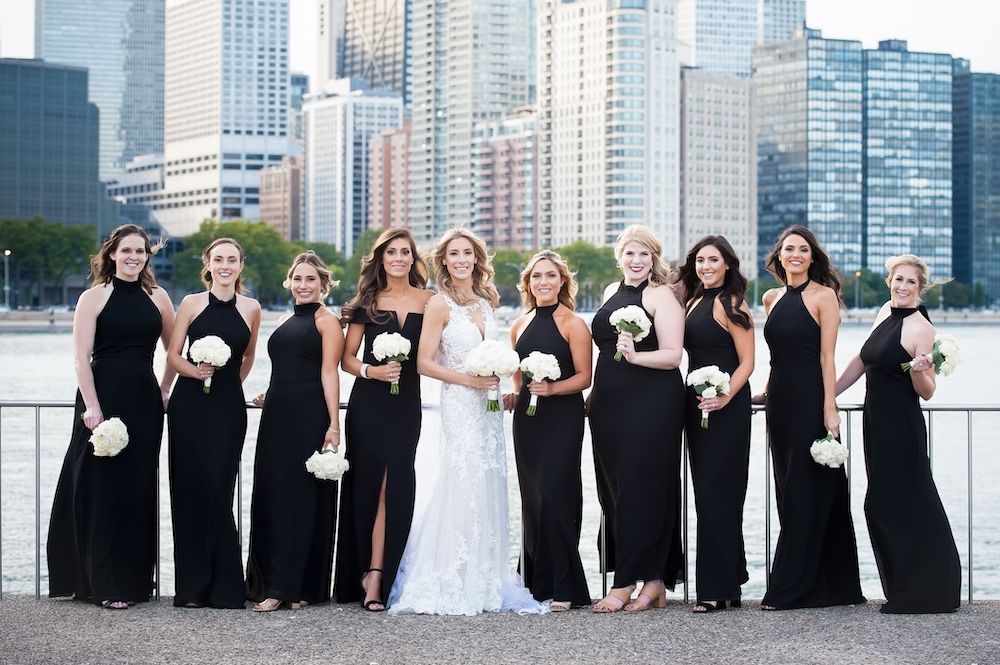 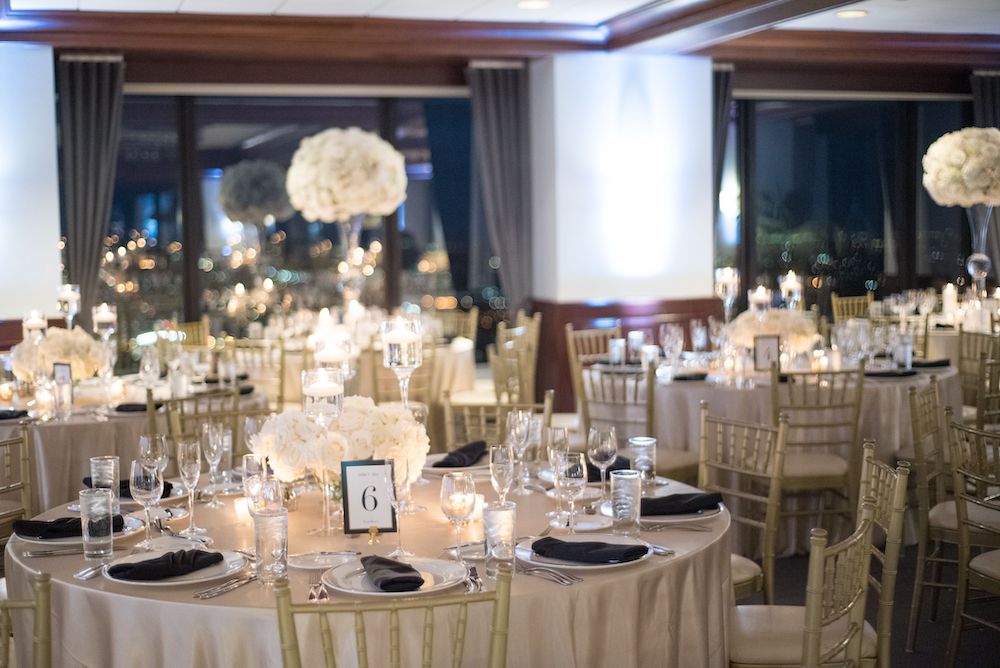 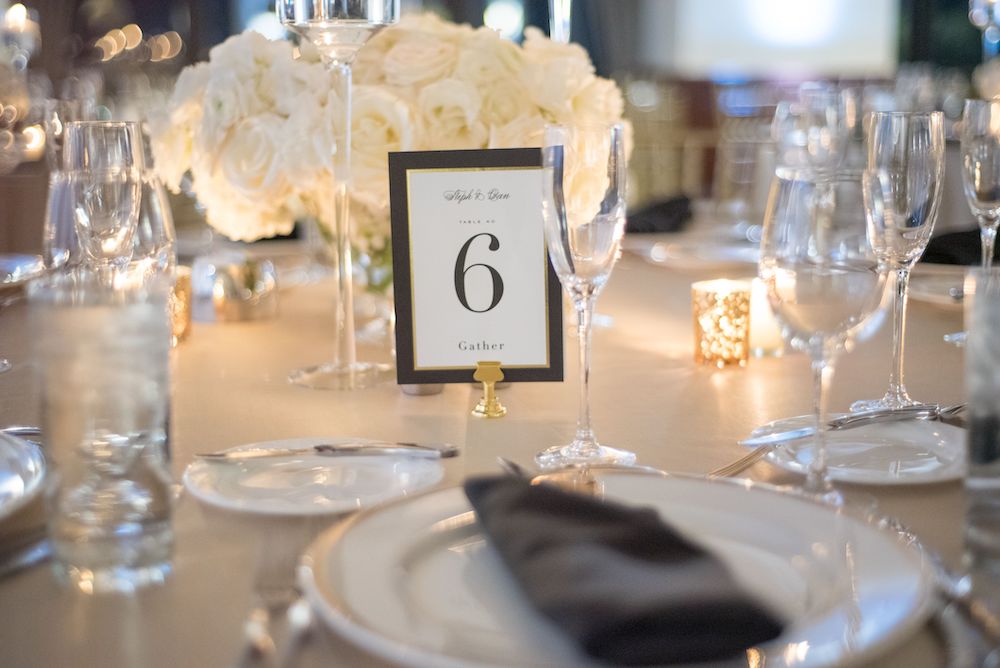 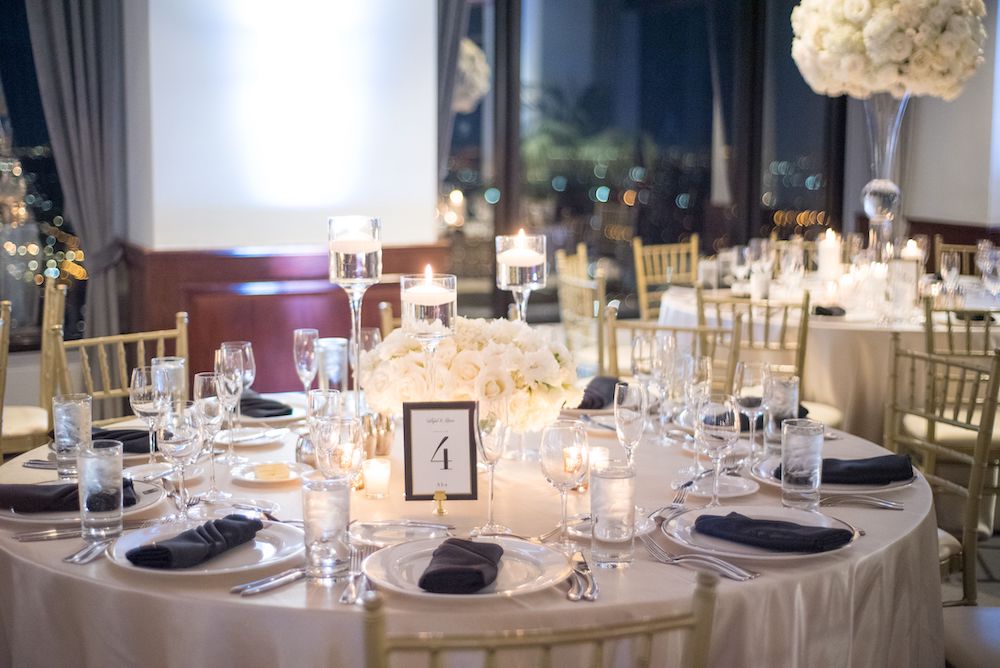 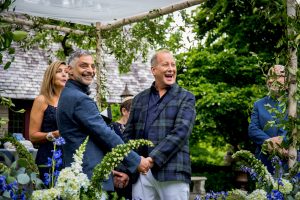 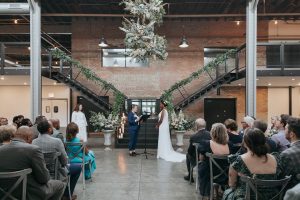 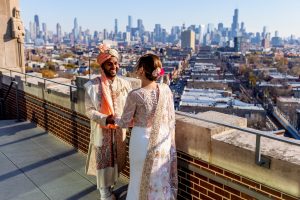