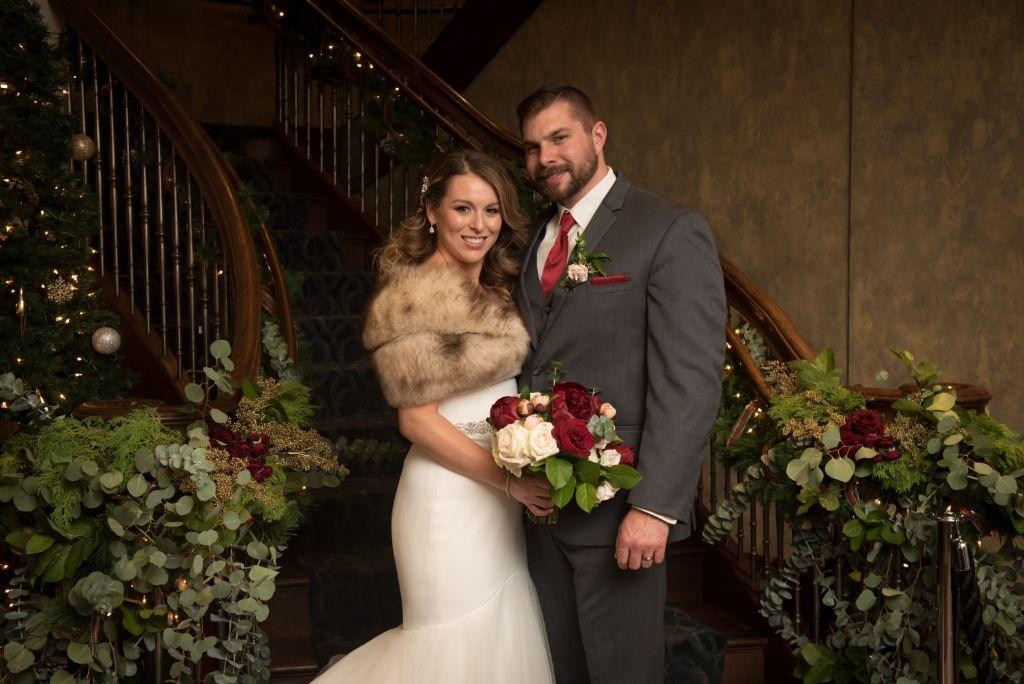 Kevin and Elizabeth became friends in high school and maintained their friendship through their college years at different schools. They eventually decided to try dating, and have been inseparable ever since! Elizabeth says she knew she was going to marry Kevin the second that she saw him, all those years ago. Kevin proposed to her in front of the Buckingham Fountain, and the two planned their dream Chicago wedding.

The couple wed in a church ceremony (where the priest mispronounced their last name and threw his Bible down- a favorite memory for Kevin). Many of the ceremony readings were read in Spanish, to pay tribute to the bride’s Mexican heritage. Elizabeth also carried a bouquet wrapped in a strand of her grandmother’s pearls and wore a fur stole that belonged to her abuela as special reminders of loved one’s who couldn’t be with them.

After they said, “I do!” Elizabeth and Kevin joined guests at Makray Memorial Golf Club for a simply elegant reception. The venue was decorated in rich red, greens and champagne. “I remember walking into our reception and my jaw hit the floor,” Elizabeth shared. The warm, inviting décor was show-stopping. There were gorgeous flowers everywhere and even the wedding cake was surrounded by roses.

The dance floor was hopping all night, and the couple ended up extending their reception time because so many people were still enjoying the party! Elizabeth’s favorite memory of the night also involved dancing- her first dance with new husband, Kevin. “I think at that point it finally hit us that we were finally married,” she said. “It was the first moment where it felt like it was just us, obviously surrounded by so many people, but everyone just melted away and it felt like we were the only ones in the room.” 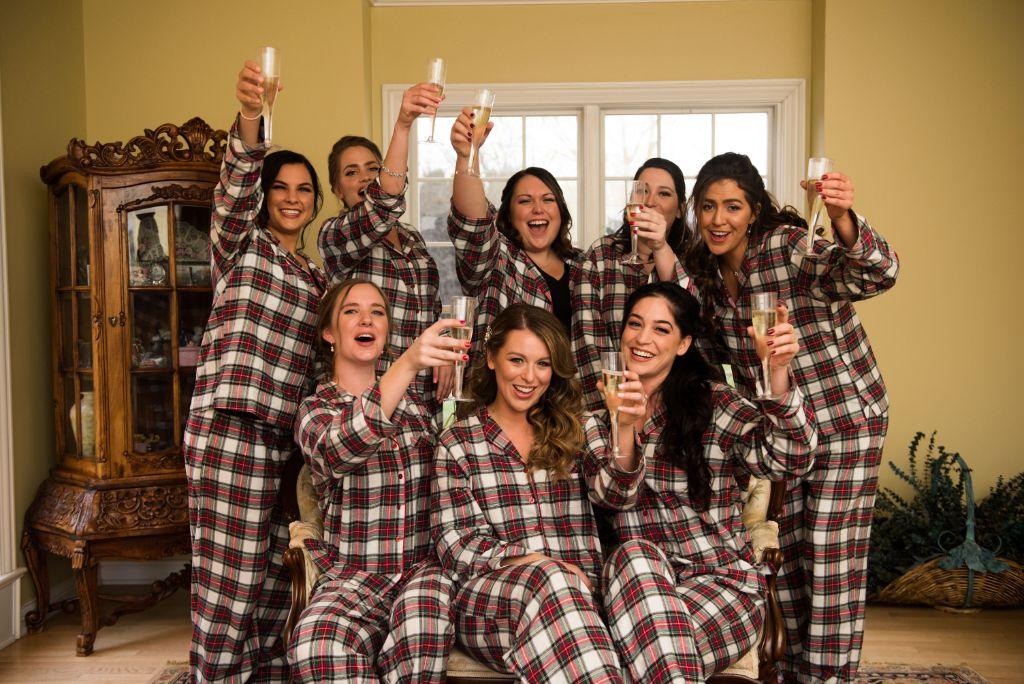 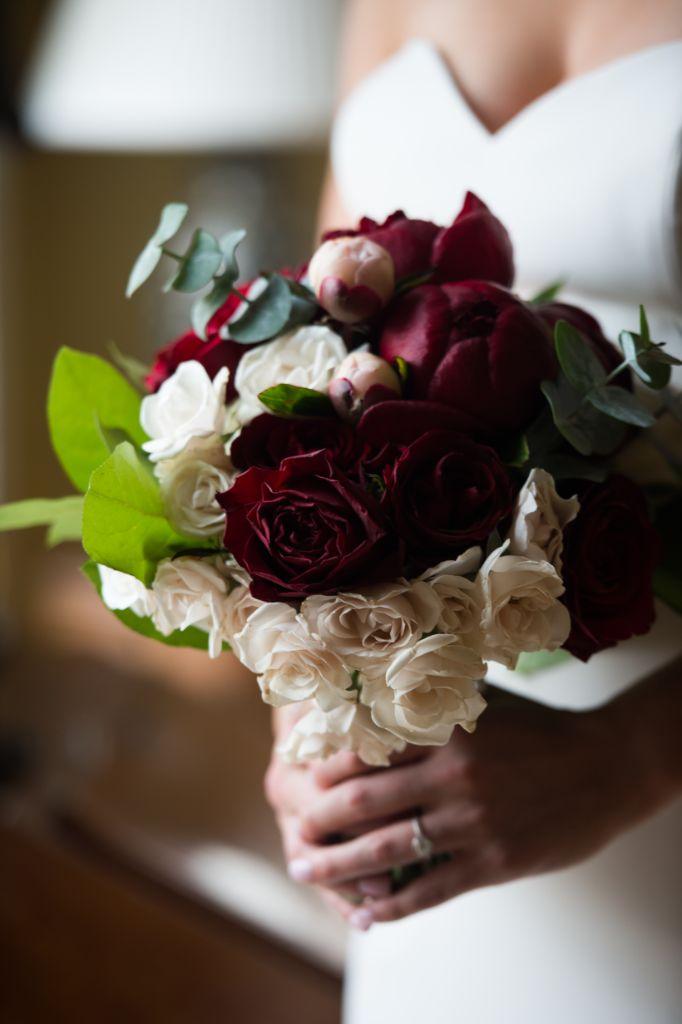 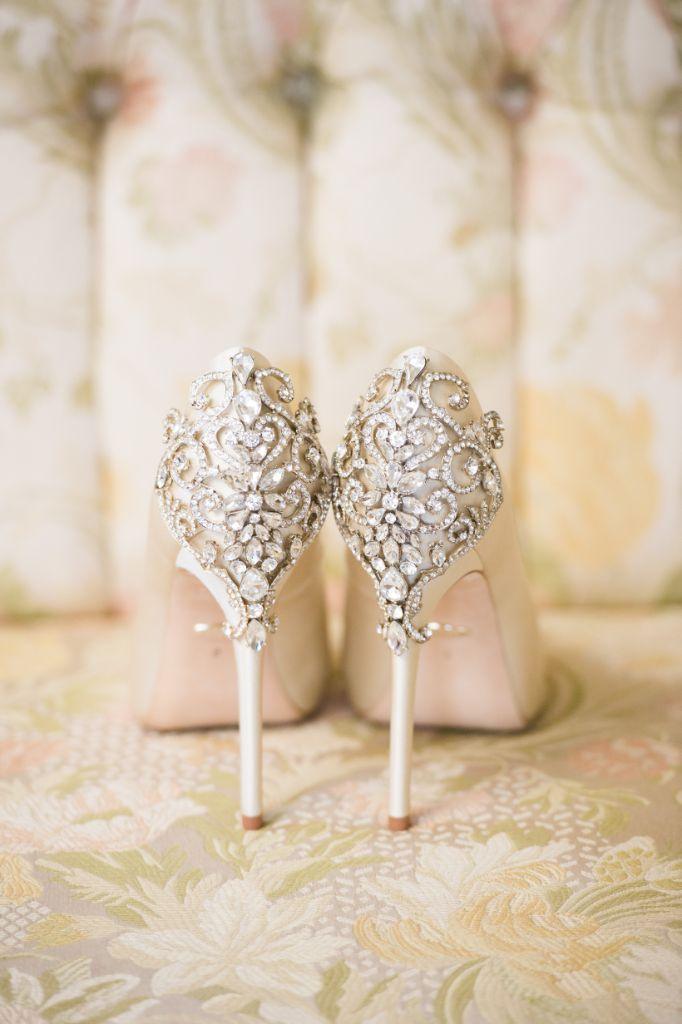 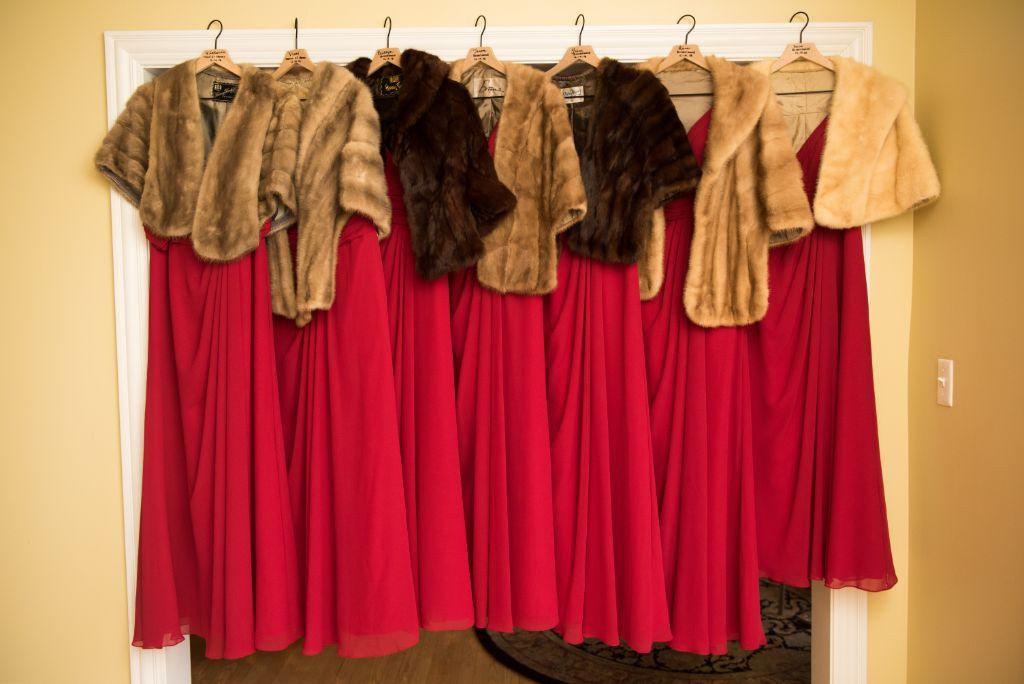 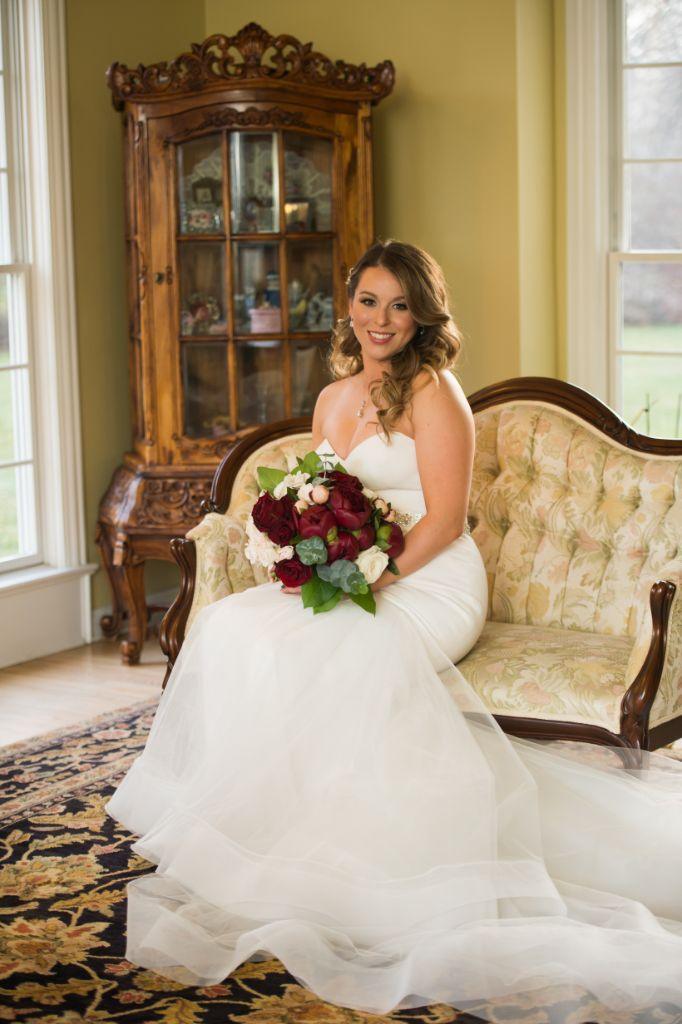 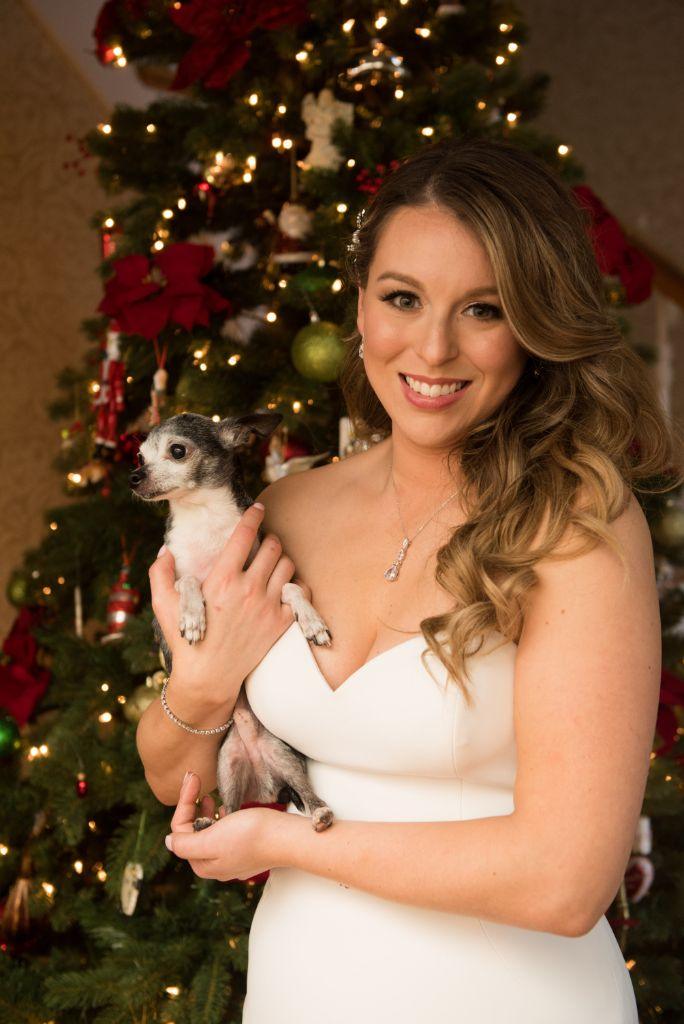 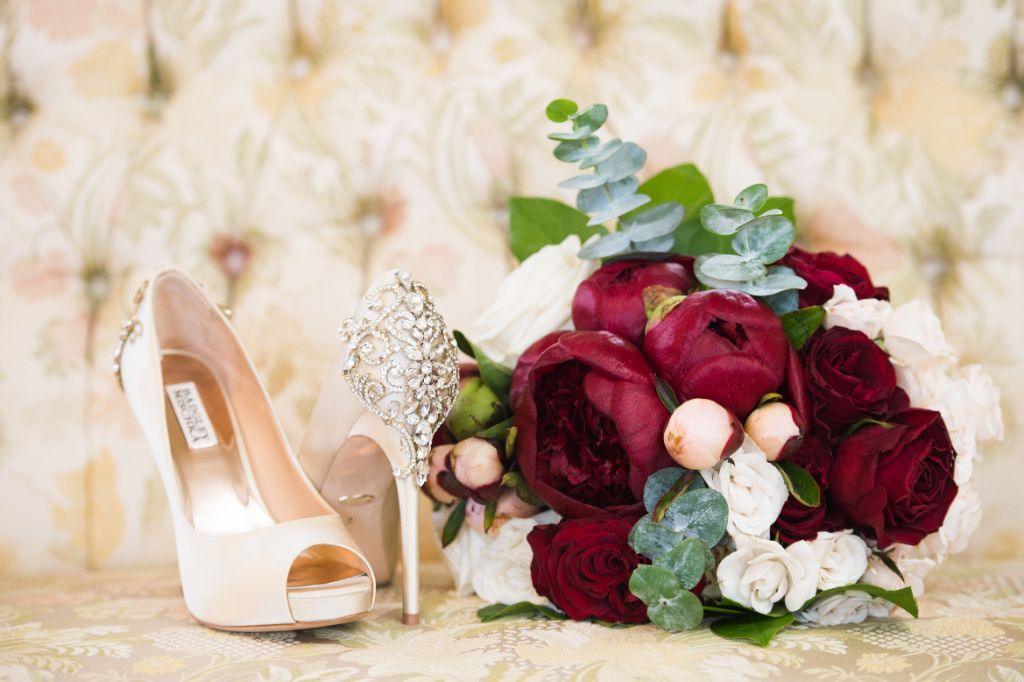 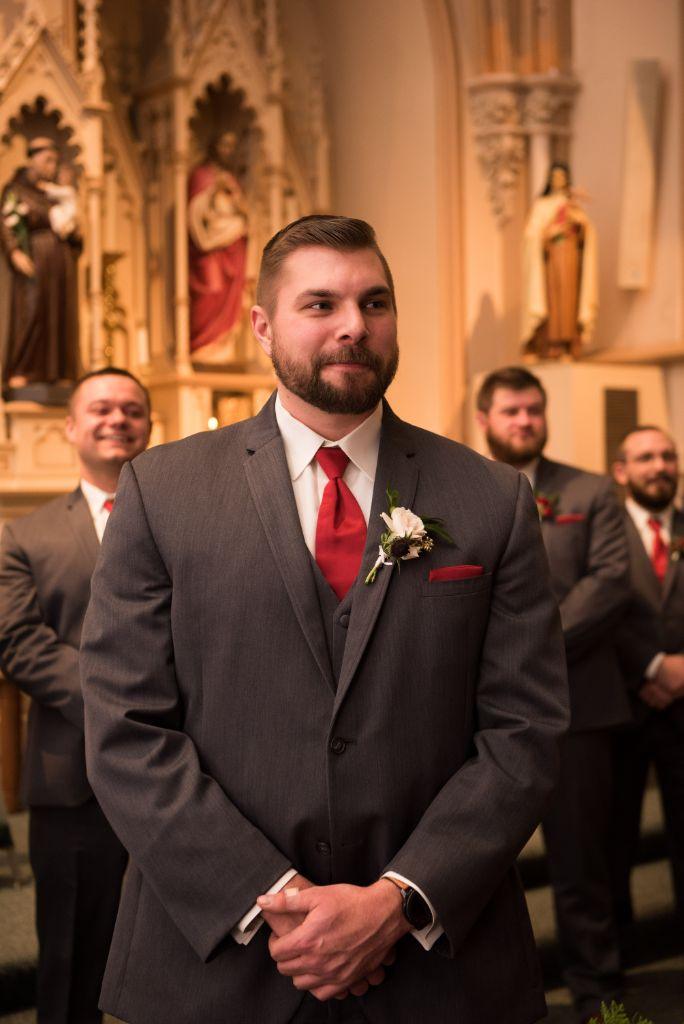 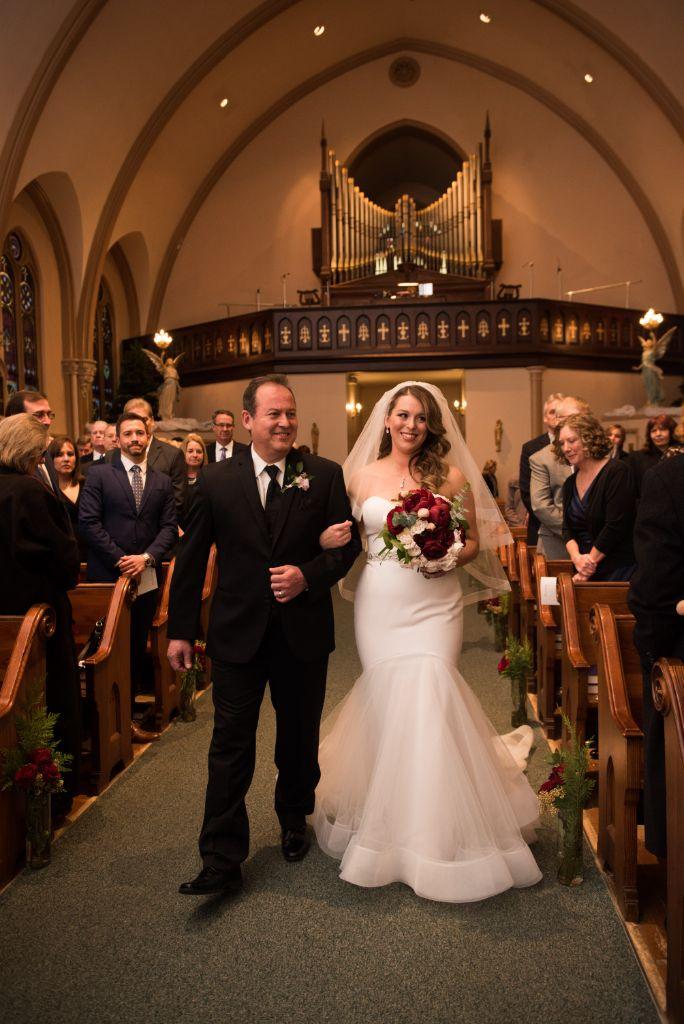 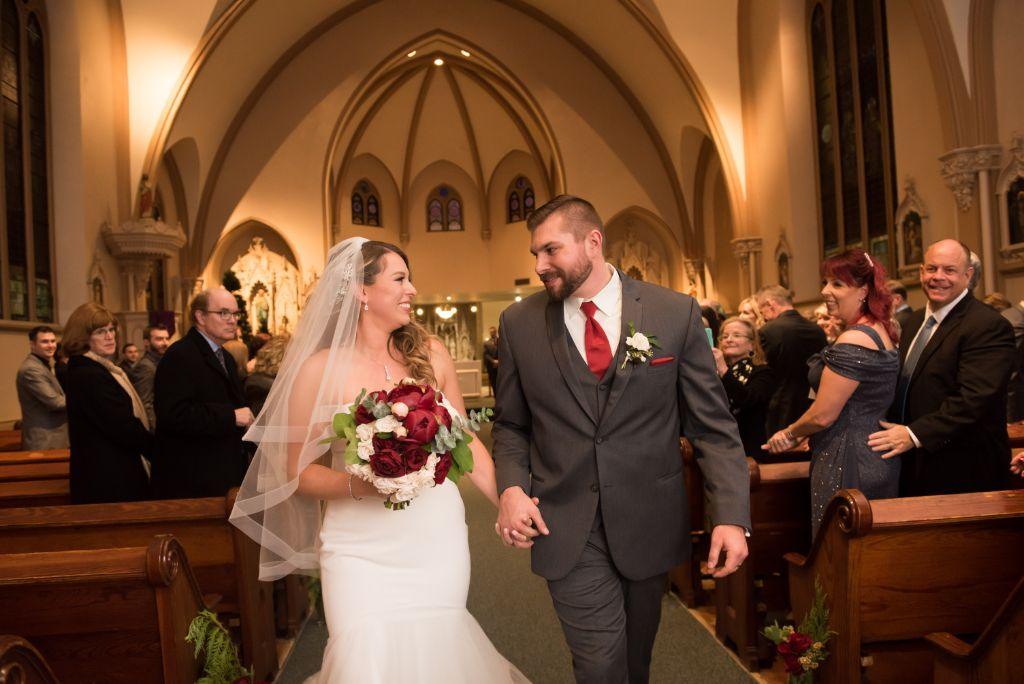 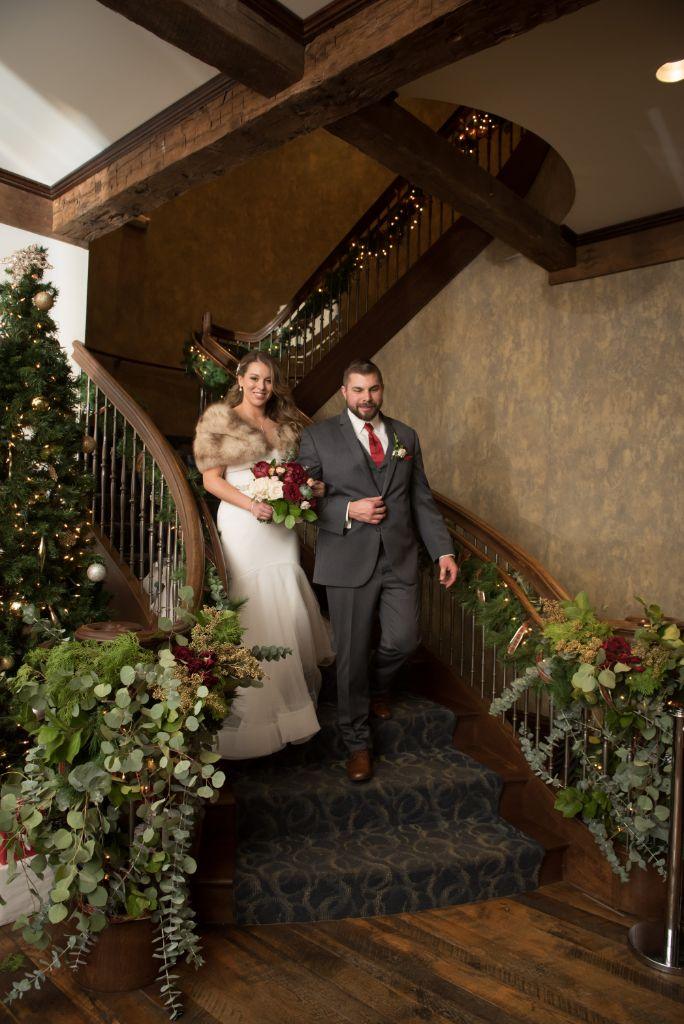 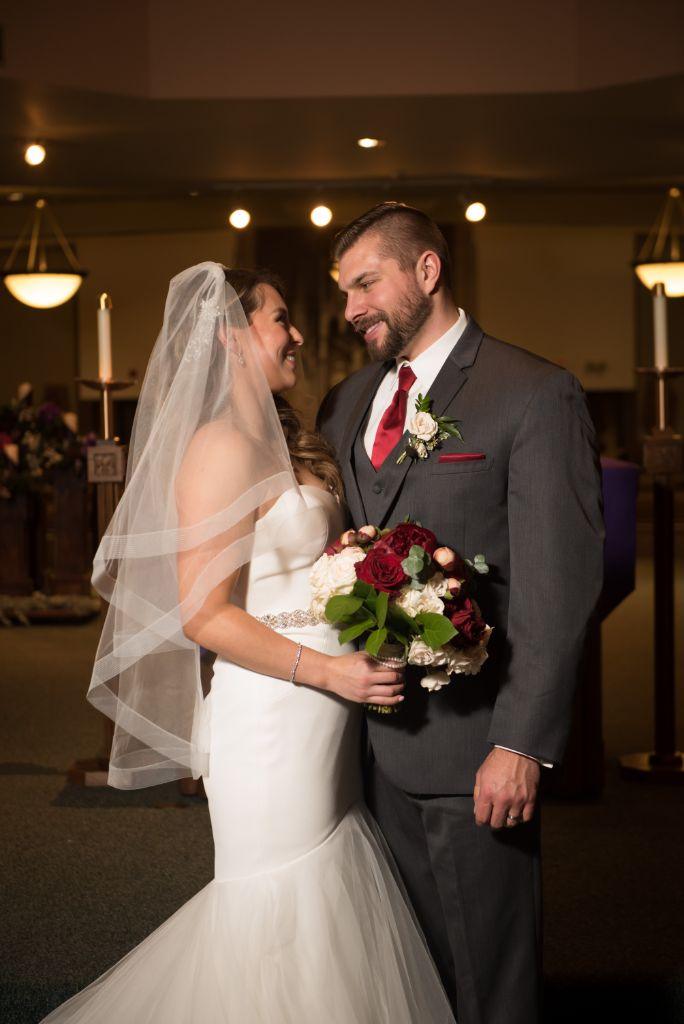 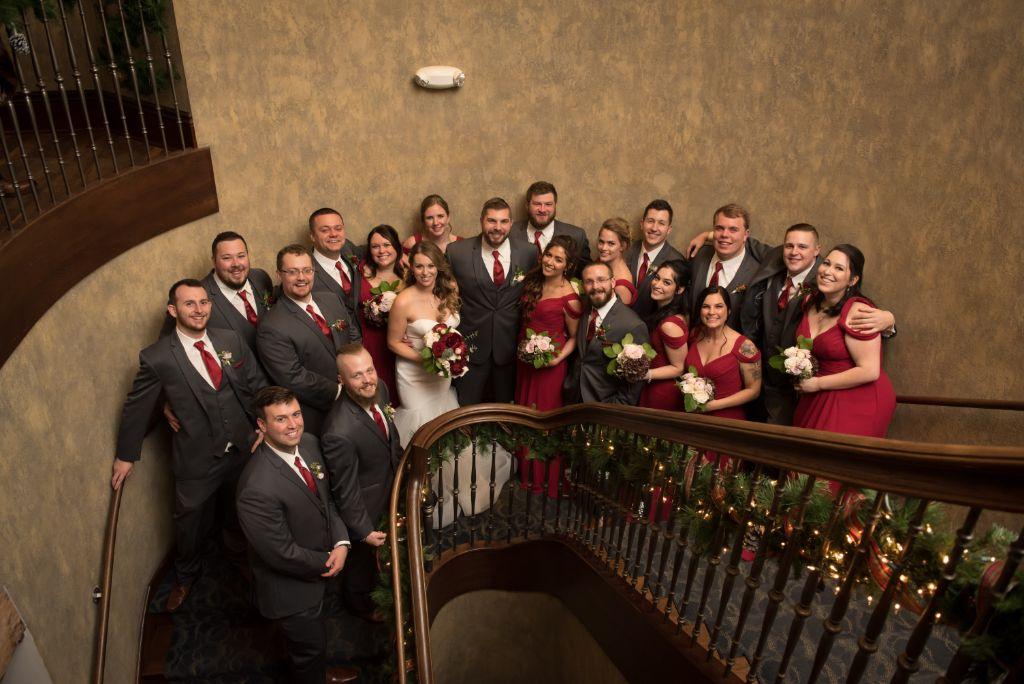 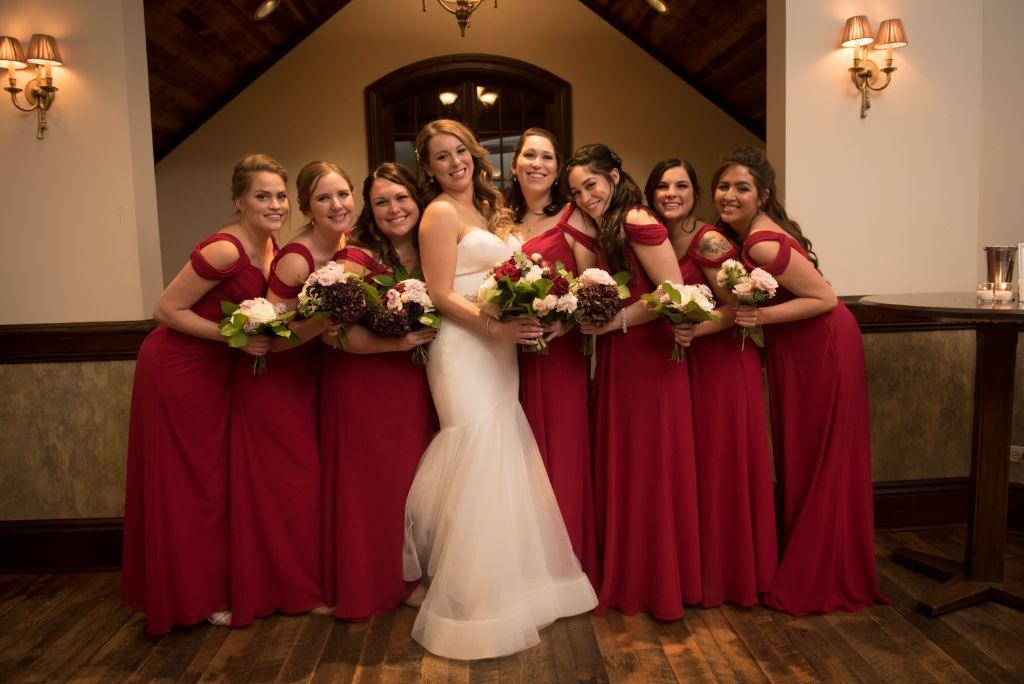 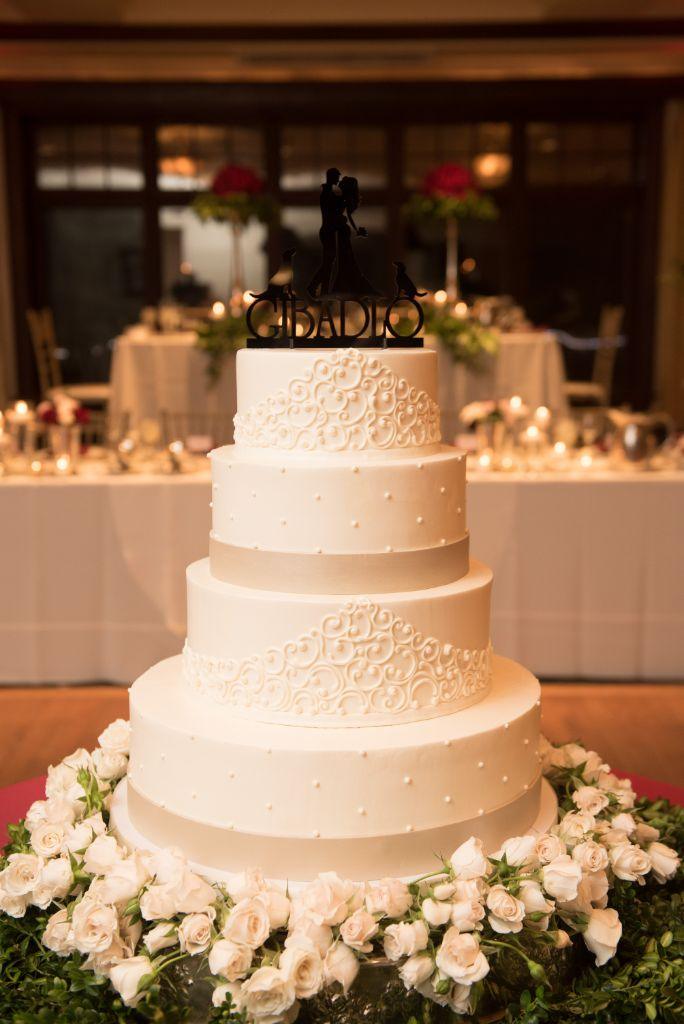 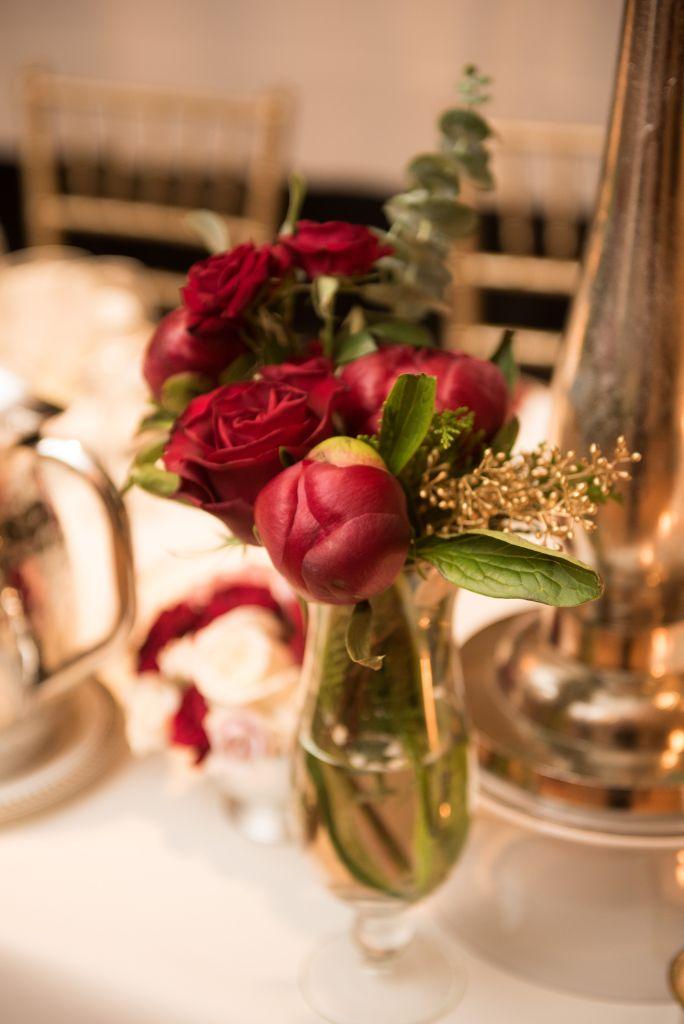 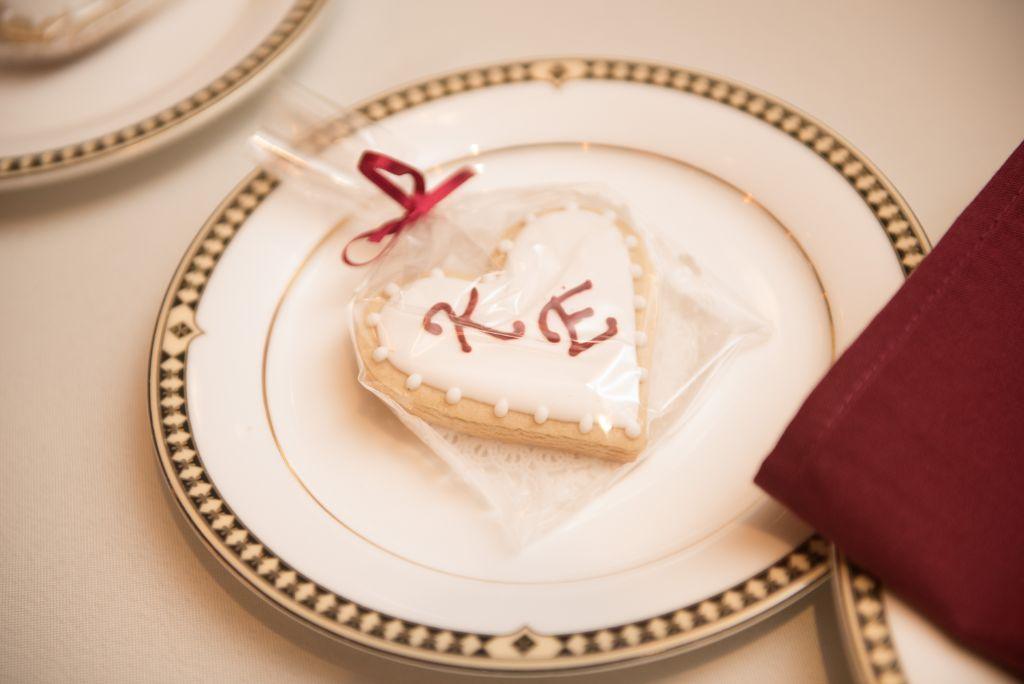 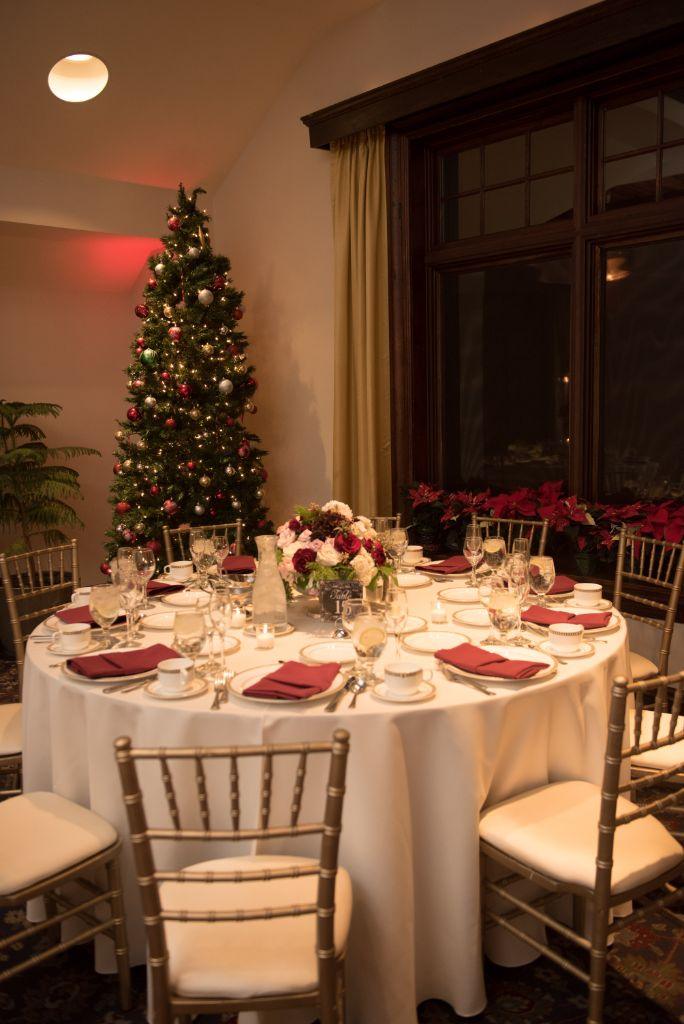 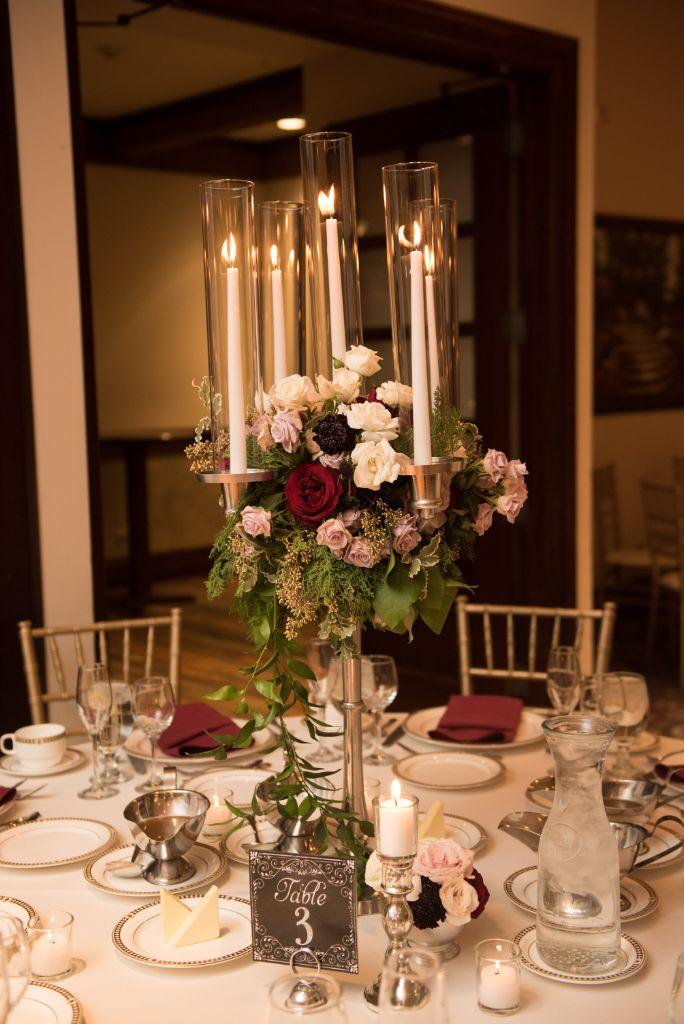 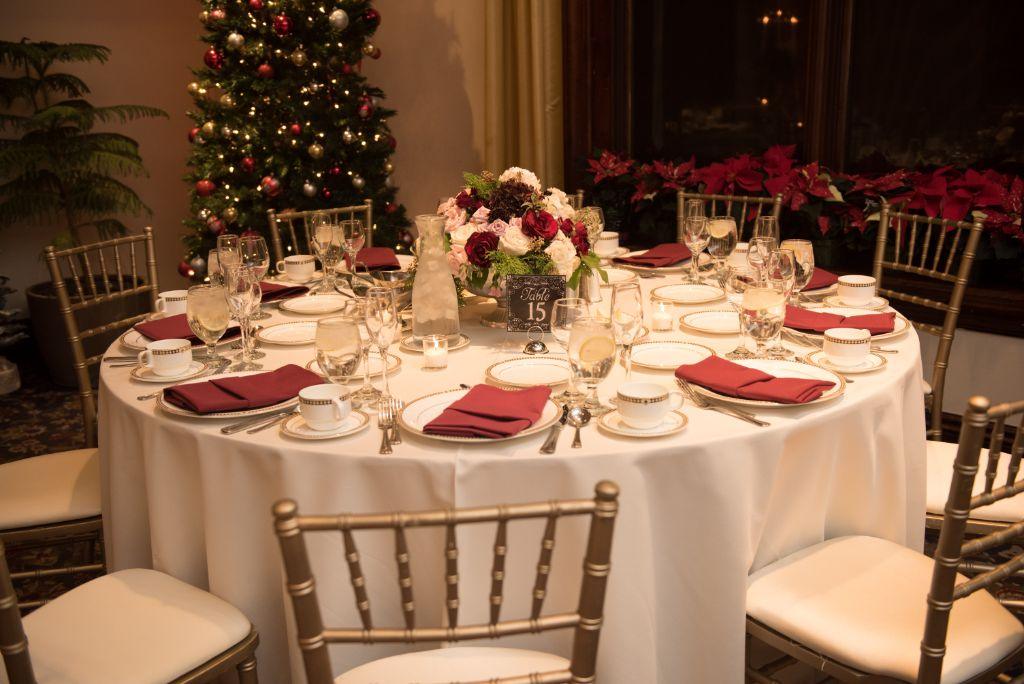 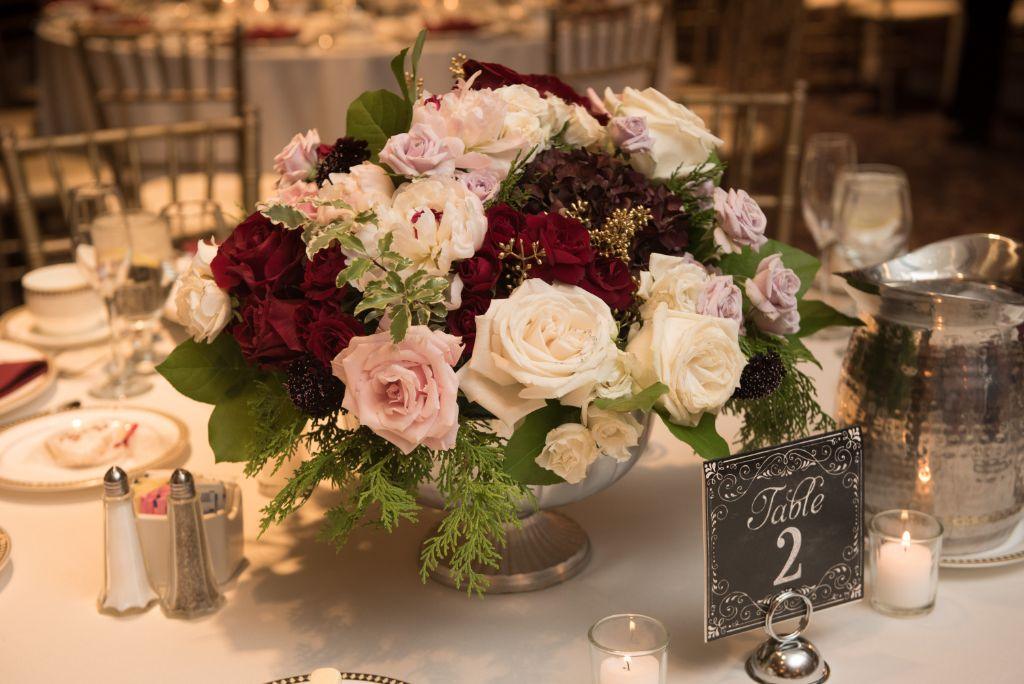 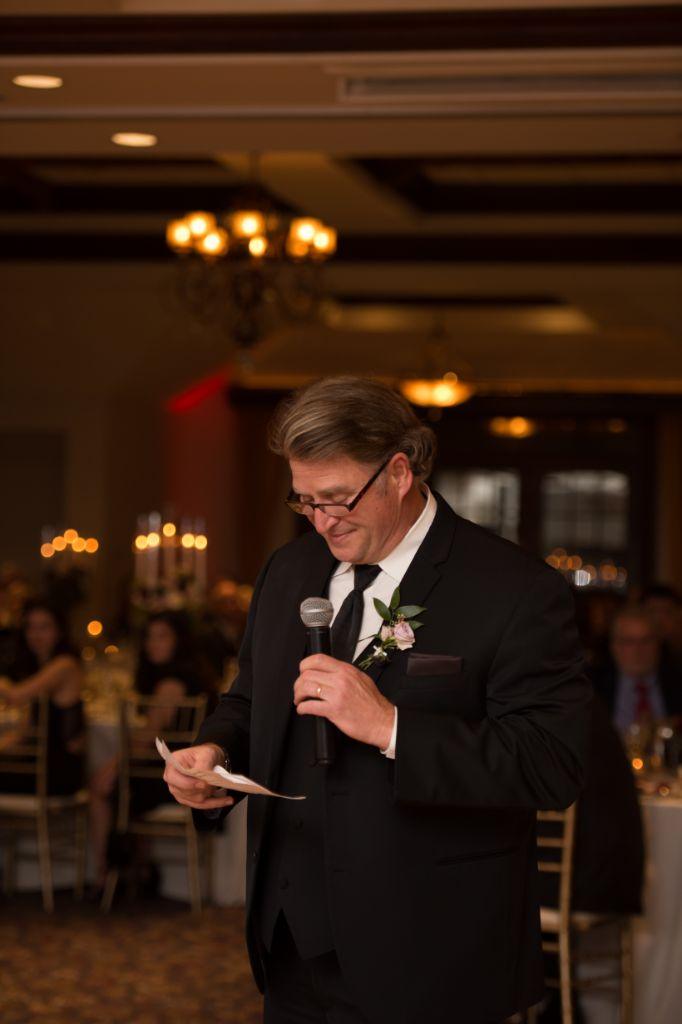 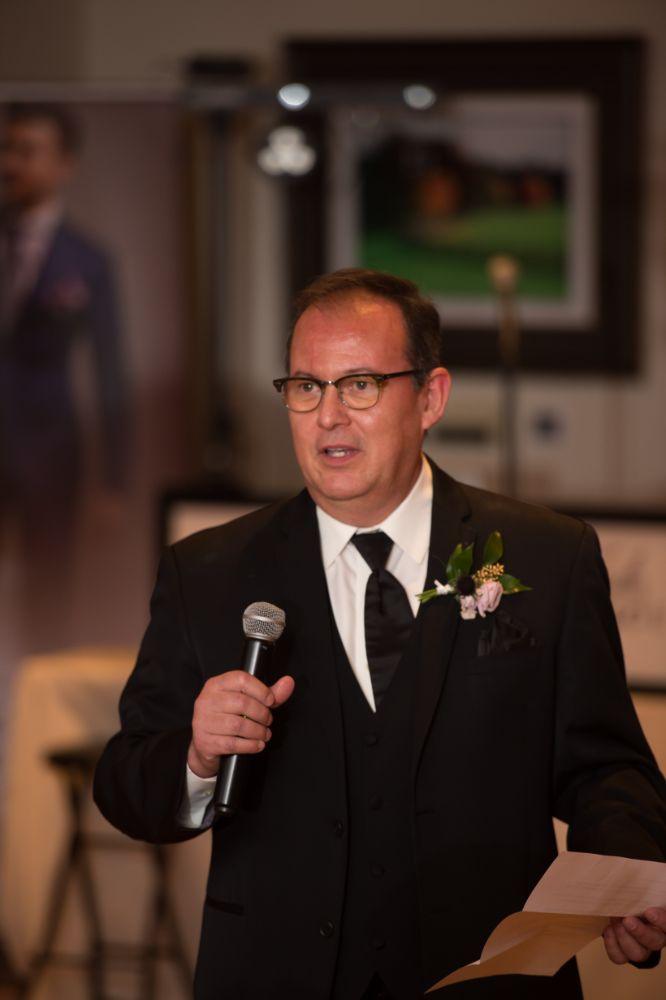 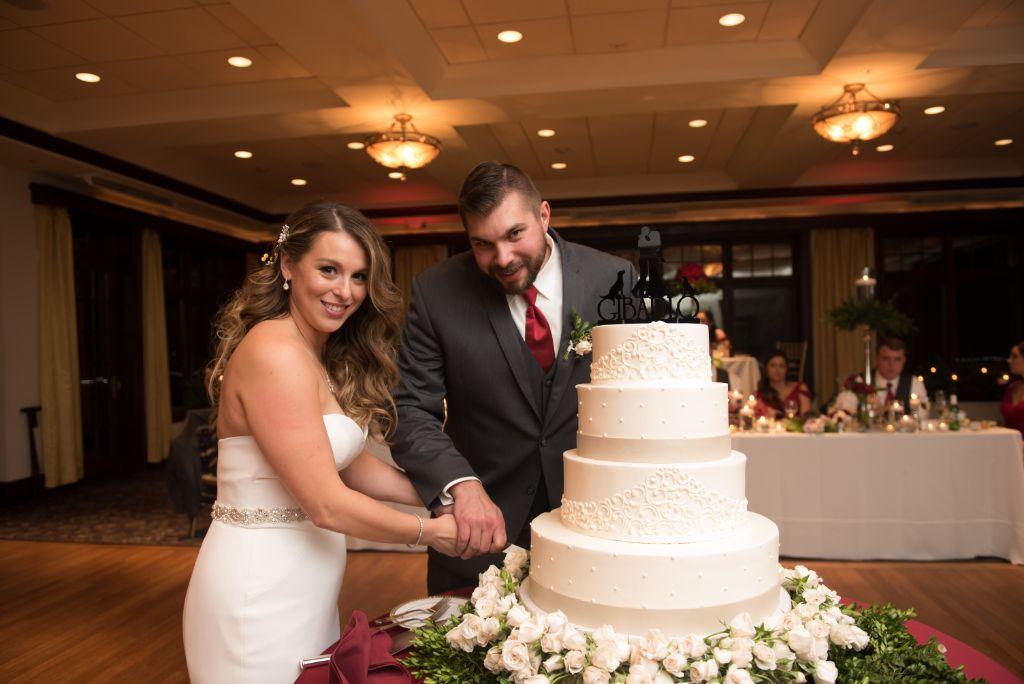 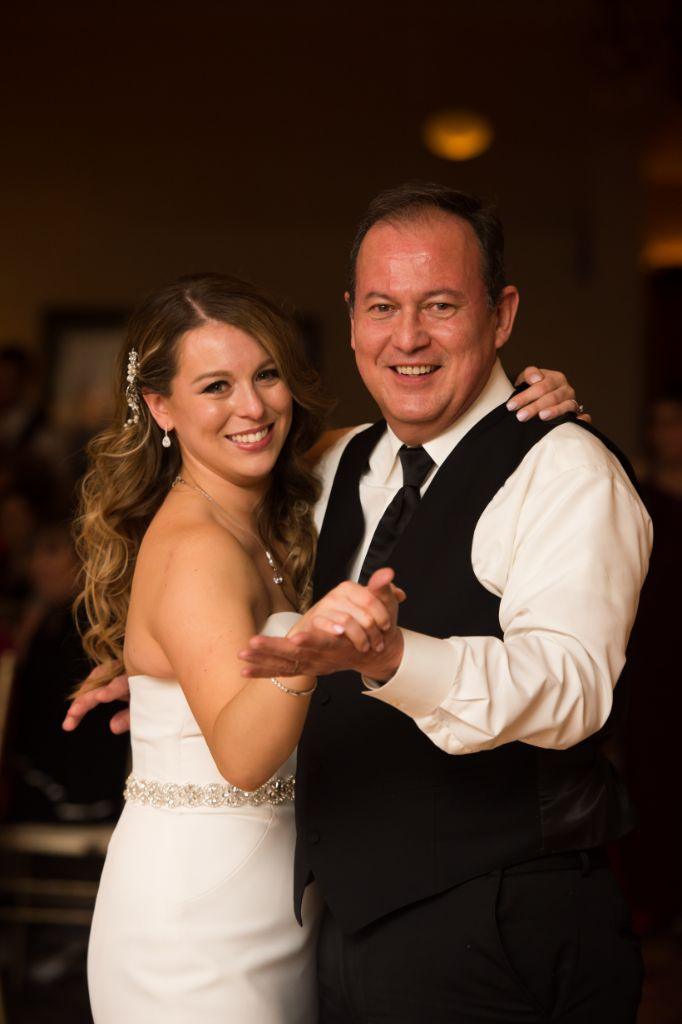 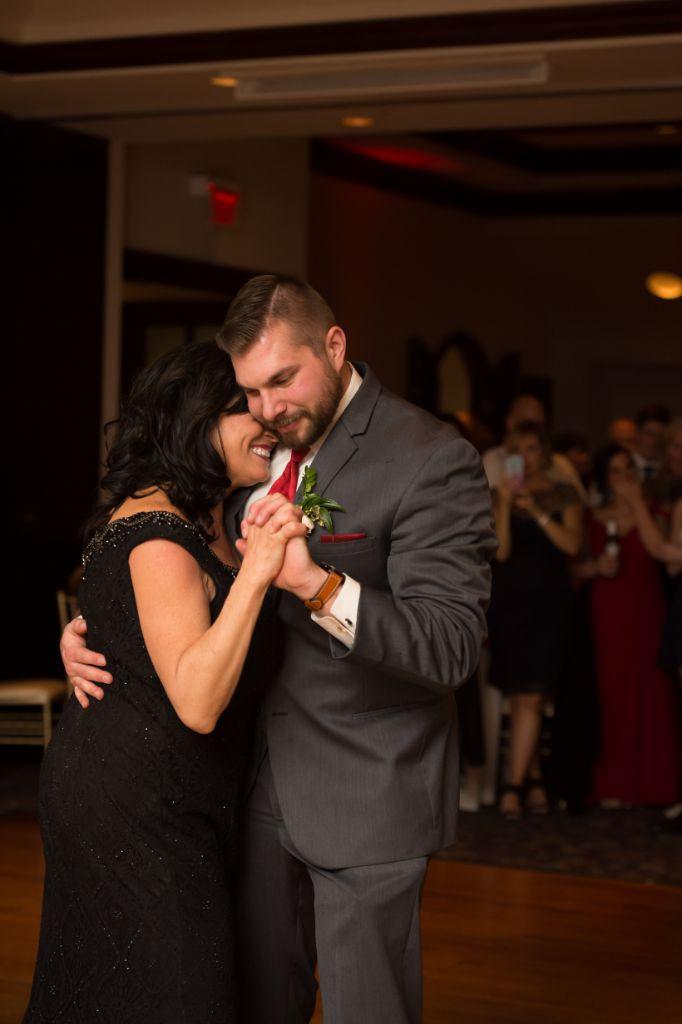 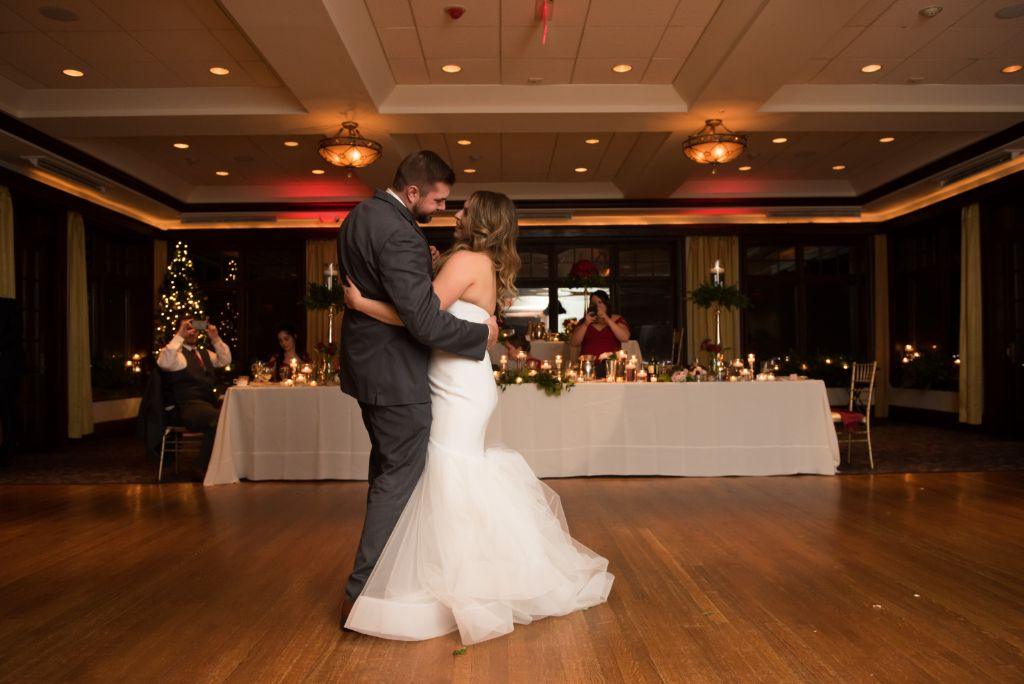 Ready to start planning your own Big Day? Check out our expert advice, stunning real weddings, and follow us on Pinterest for the ultimate inspiration.