With colorful florals as their backdrop, Melissa and Andy said their vows in an intimate ceremony at Hilton Chicago/Northbrook. All photographs by Dan Aguirre Photography. 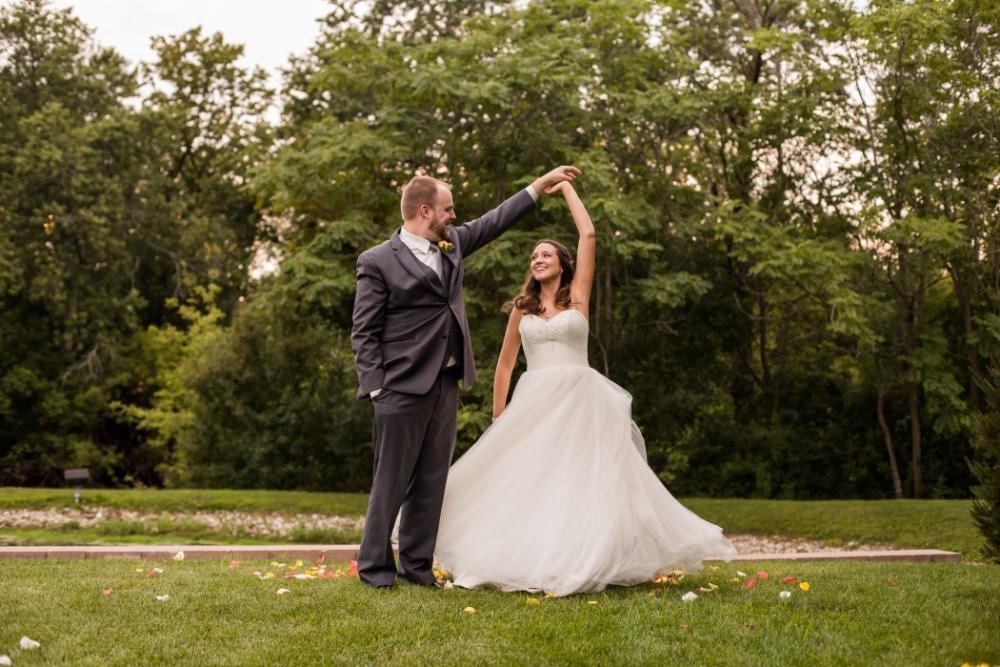 After meeting through a mutual friend in July 2012, Melissa quickly became intrigued by Andy and his shy demeanor as well as his love for running. The three friends ran a race together in Milwaukee where their mutual friend Sara lived. Little did they know at the time that Sara would one day be the officiant at their wedding. Thanks to the encouragement from Sara and her husband, Andy spent more time with Melissa and quickly realized that she was the one for him. “We really just knew” explains Melissa. “It wasn’t until I met Andy that I truly believed in the whole ‘when you know you know’ concept”.

Since both Melissa and Andy grew up in the Chicagoland area, choosing a local venue near family and friends made sense. At the time of their wedding, they were living in the Northwest suburbs and wanted to have their wedding nearby which brought them to Hilton Chicago/Northbrook. The couple’s wedding was truly a family affair as Melissa’s cousin provided the bride and her bridesmaids with hair and makeup services, while her cousin’s fiancé was hired as their photographer. Melissa and Andy both wanted a short ceremony to avoid stage fright. “The ceremony was nerve-wracking for both of us,” describes Melissa. “Andy and I agreed to keep the ceremony short, simple, and personalized.” Utilizing a theme of colorful florals, Melissa and Andy’s vision came to life during their outdoor ceremony with the assistance of their florist and wedding planner. In addition to the ombre petal aisle that was created for the couple, the ceremony and reception details intertwined their theme throughout their big day. The couple celebrated with family and friends until the wee hours of the morning with the help of glowsticks, a photo booth, and late-night snacks. “The party continued until 3:00 am, which is exactly what we wanted. Having our loved ones together in one place was the absolute best part of our wedding. It was amazing!” 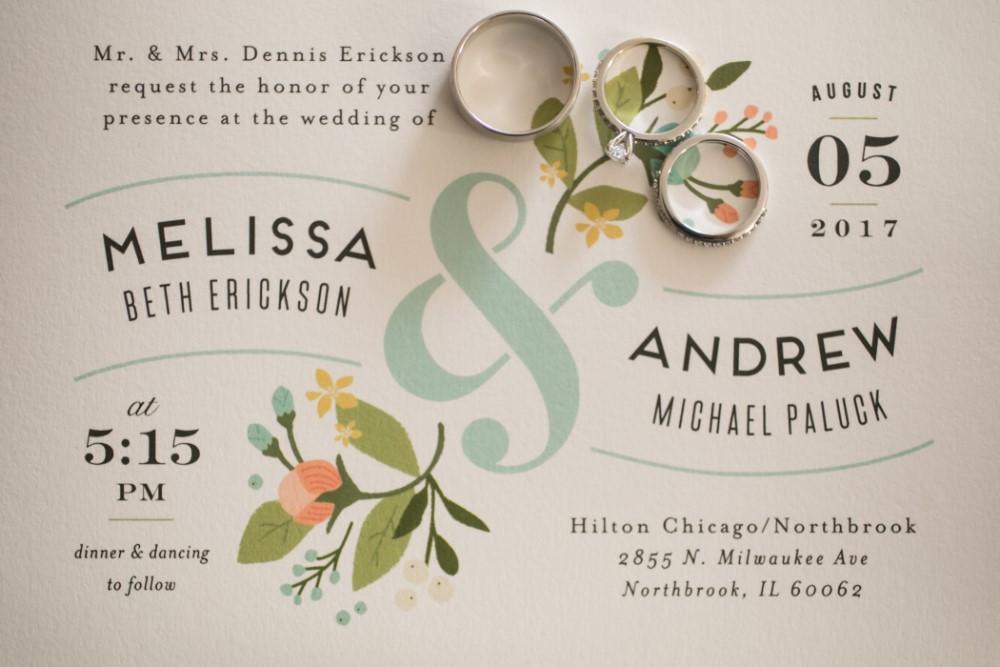 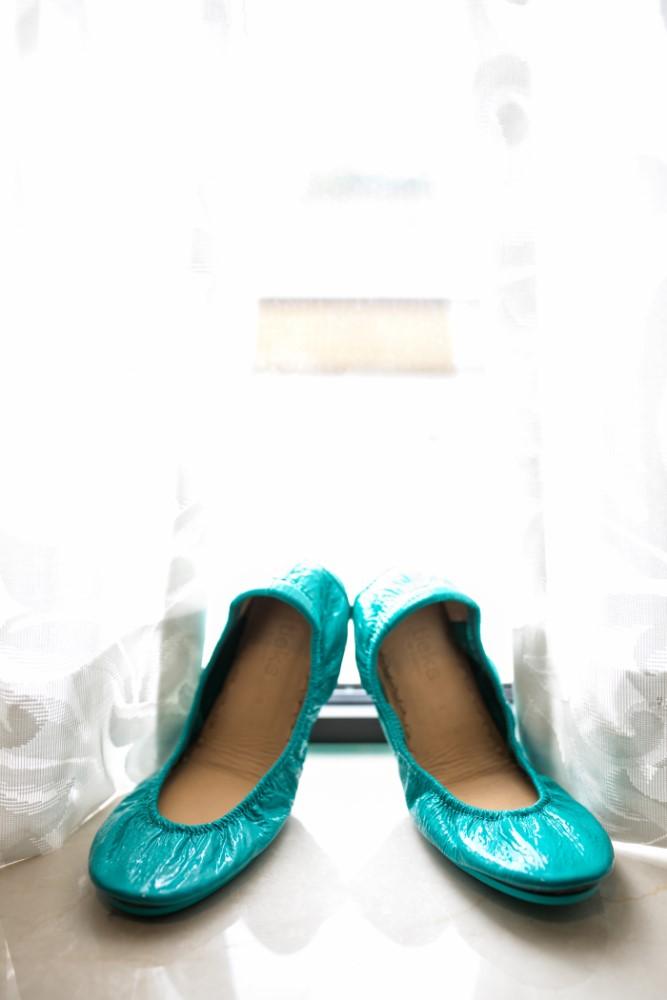 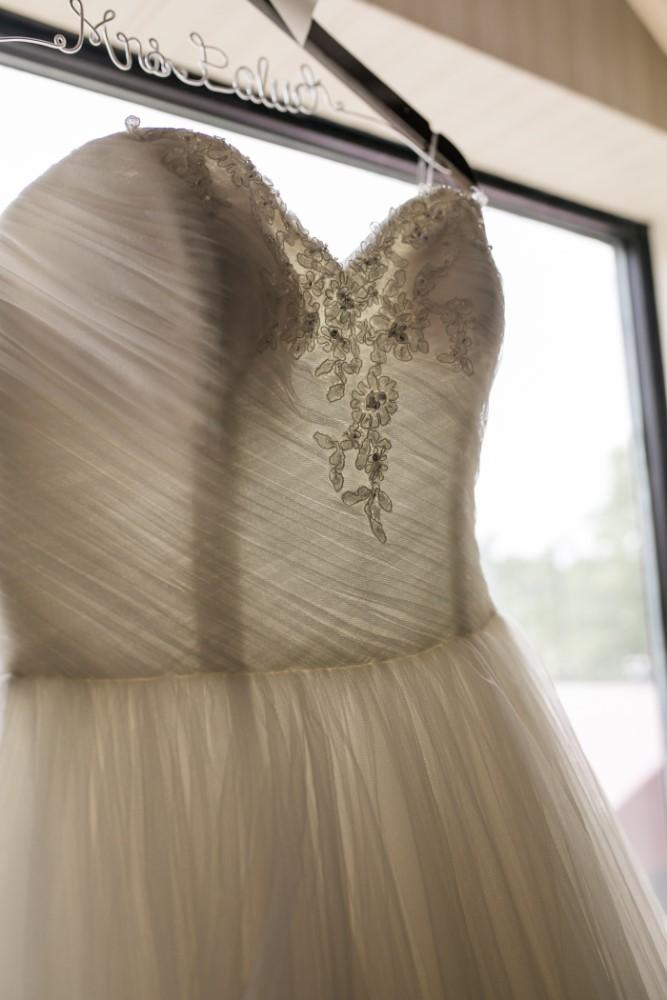 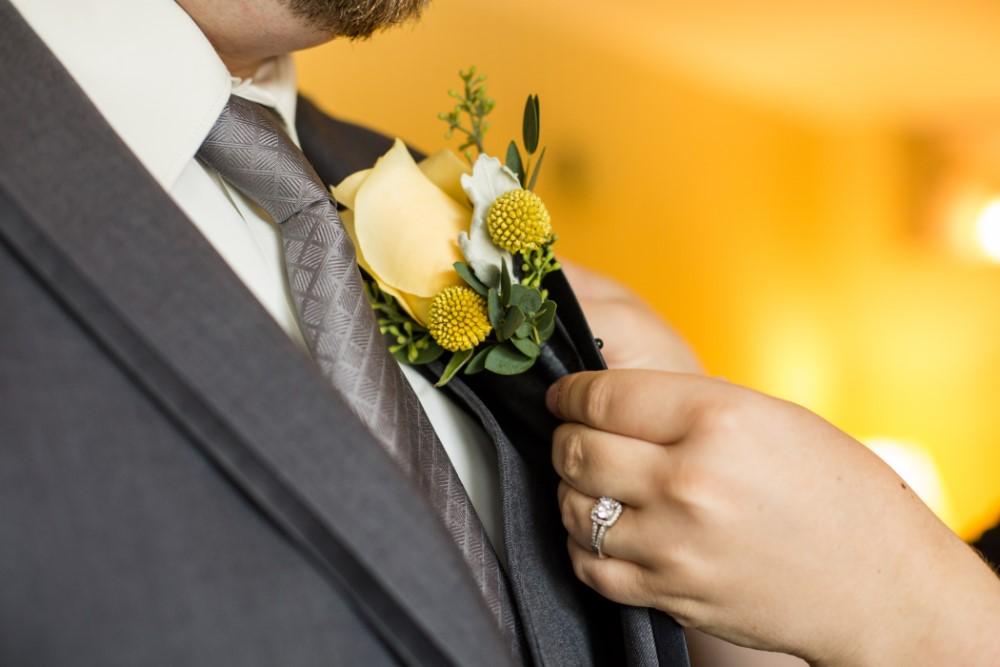 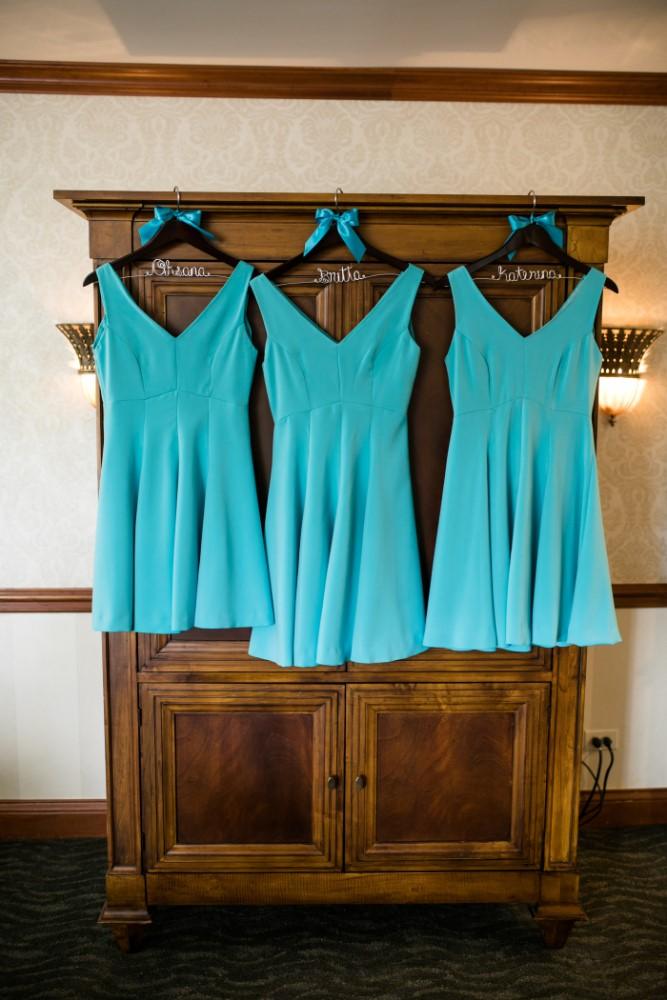 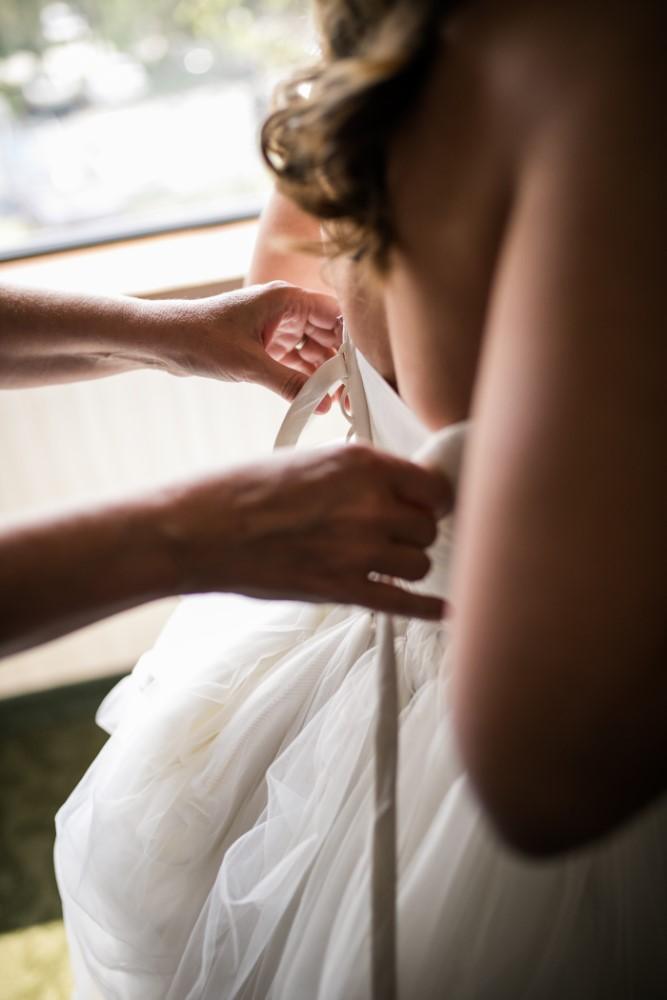 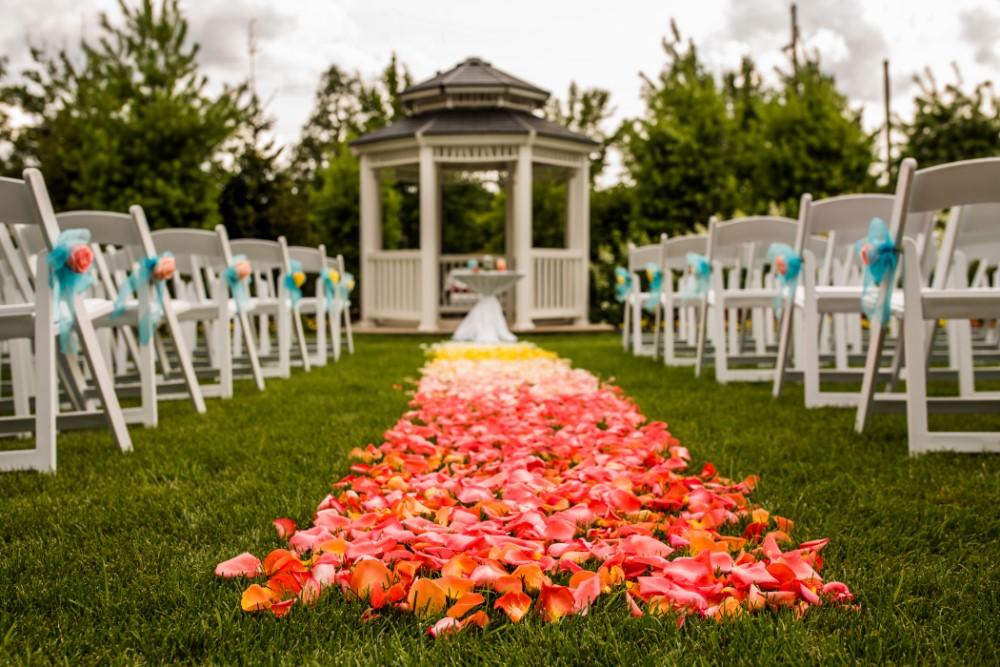 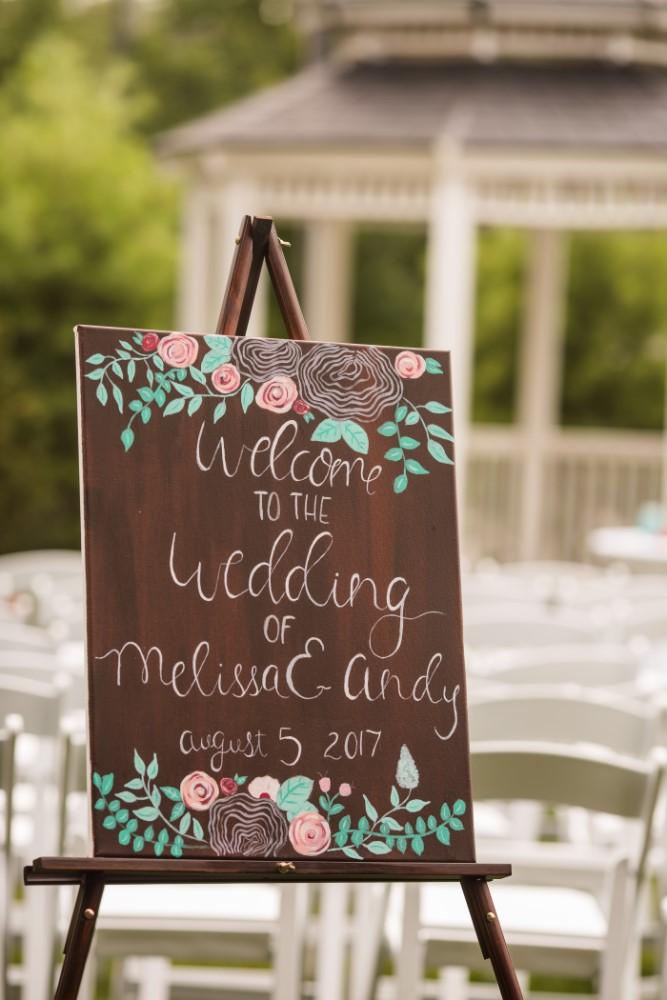 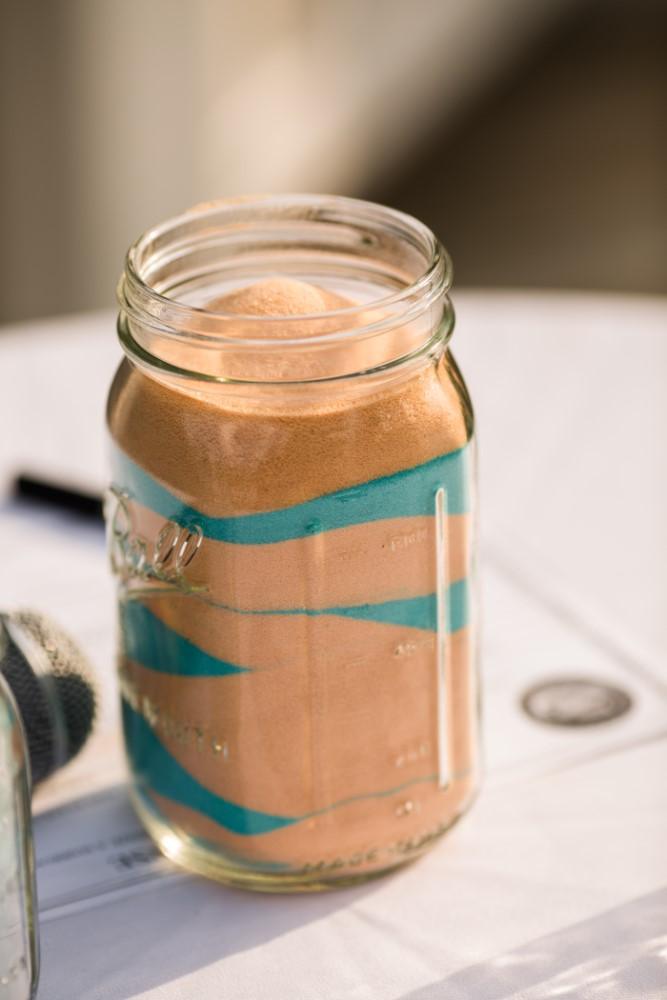 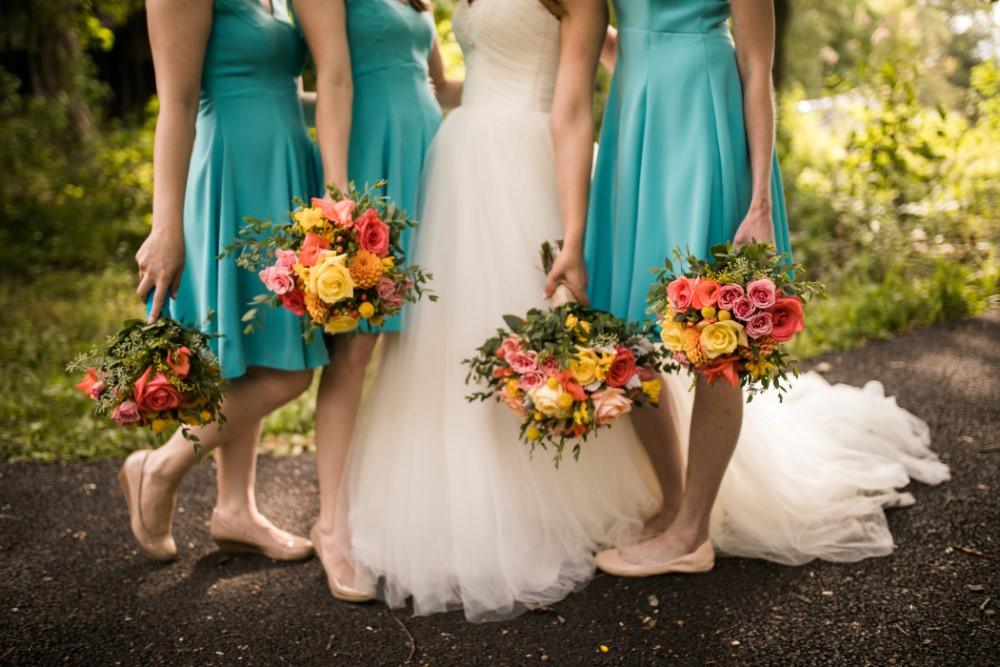 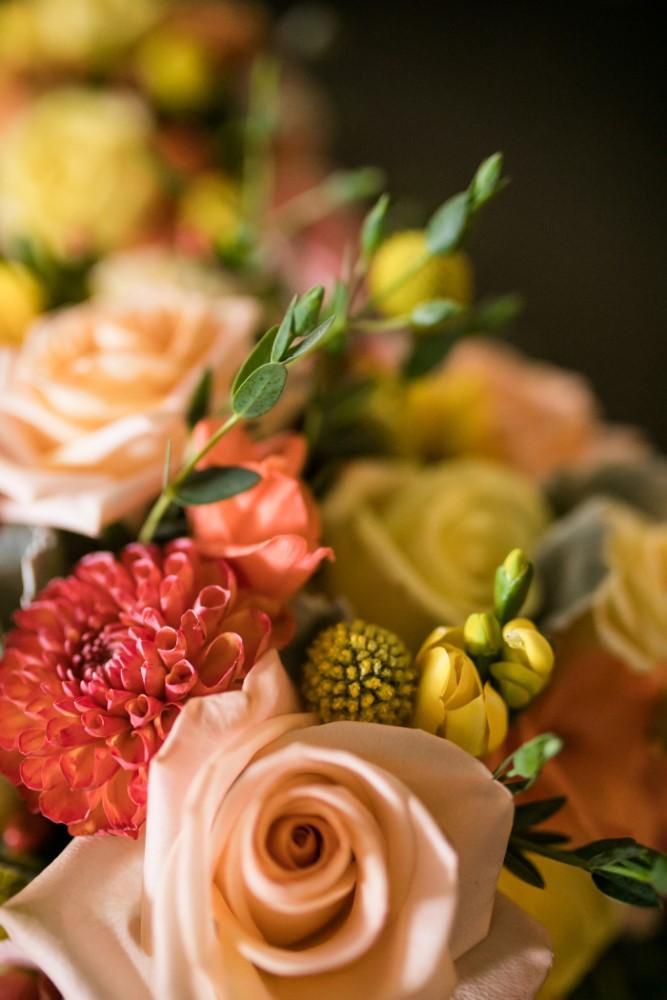 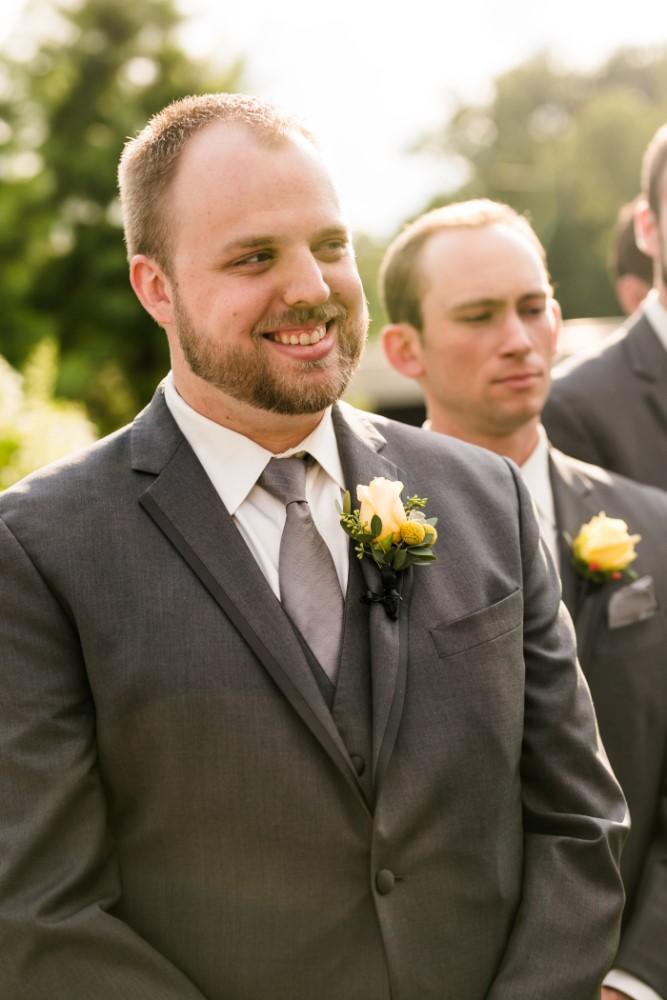 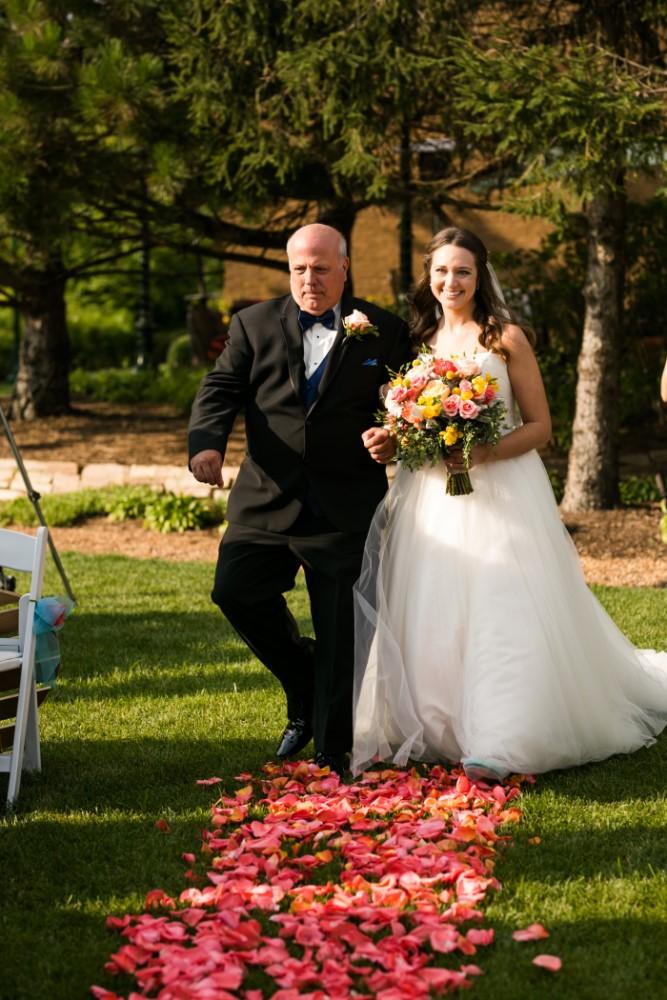 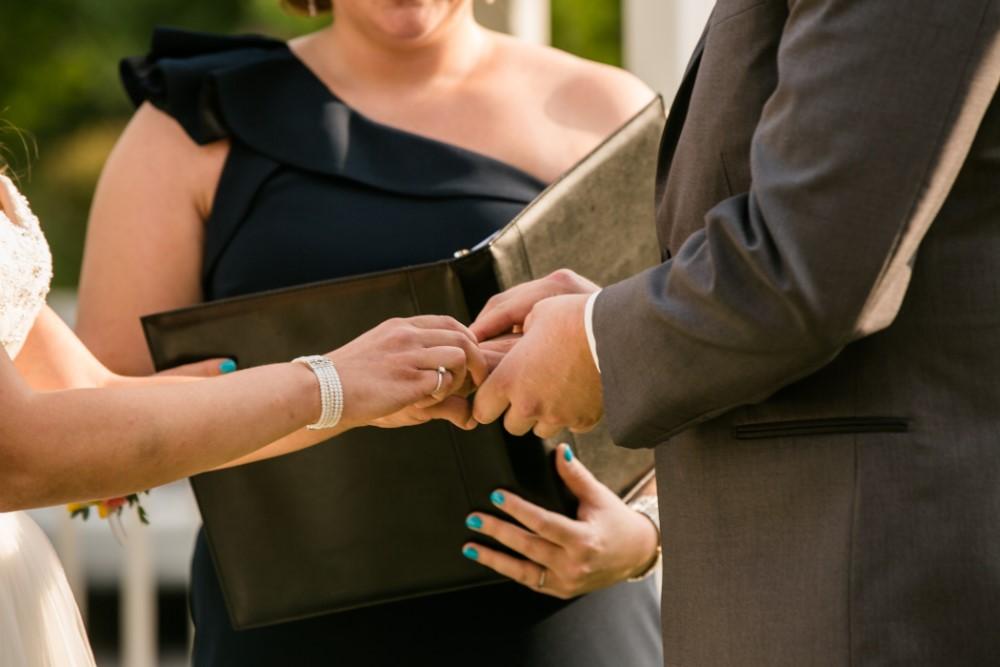 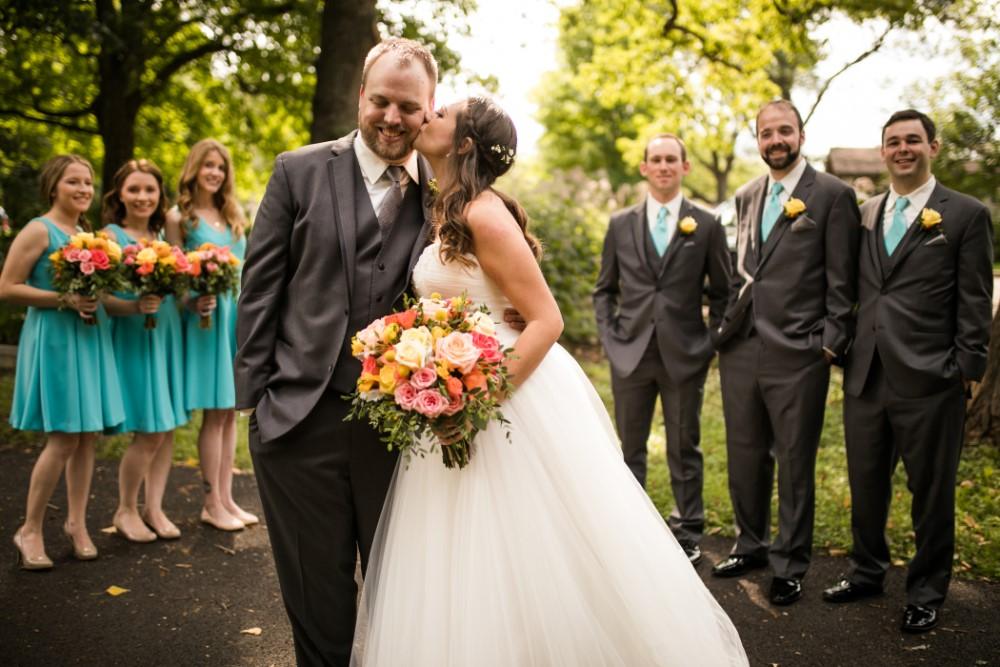 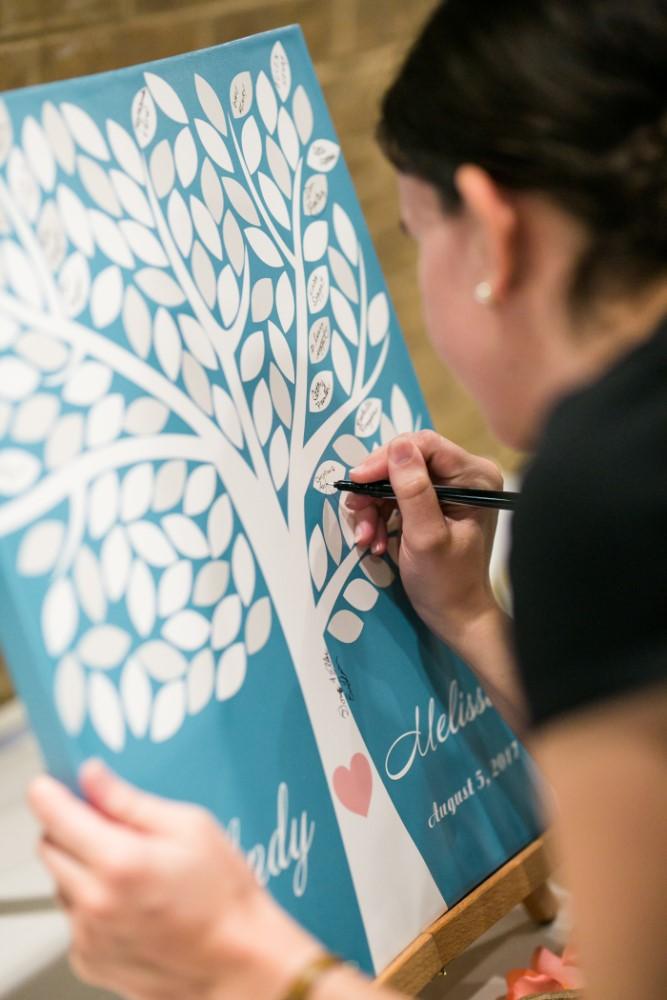 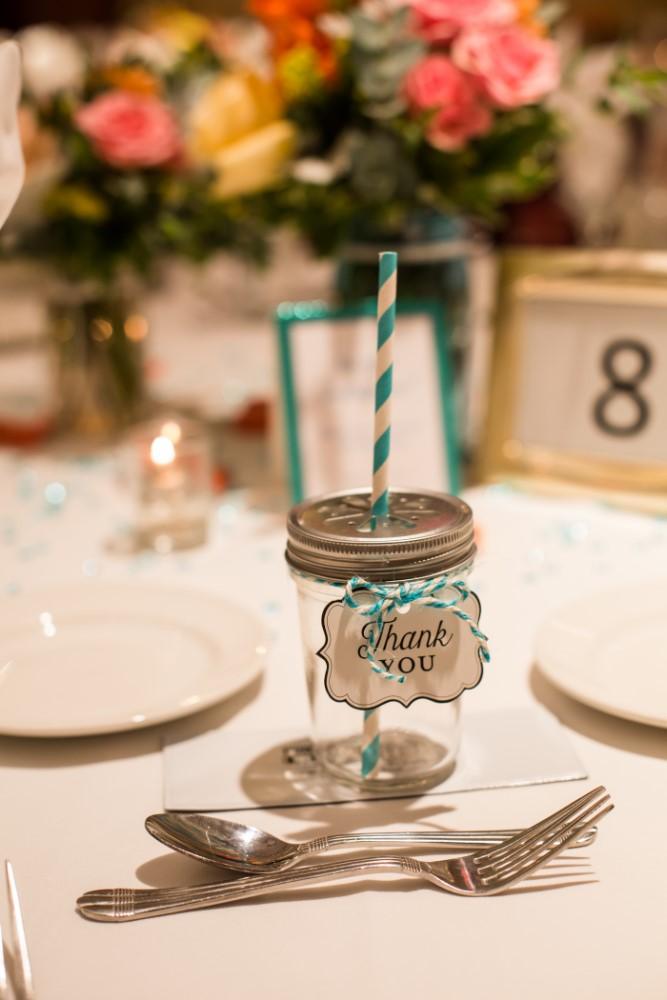 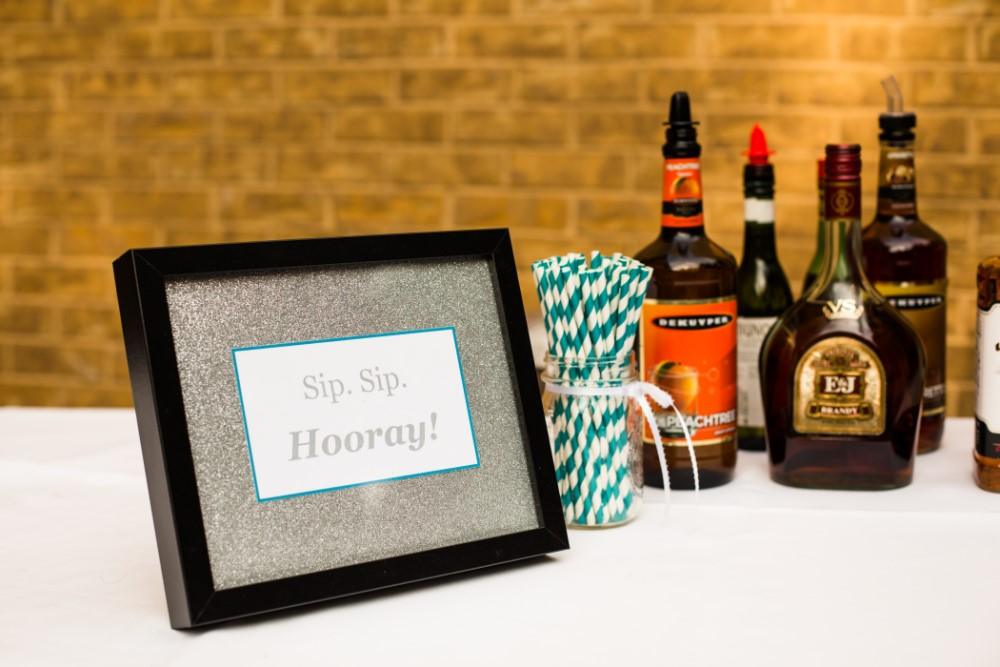 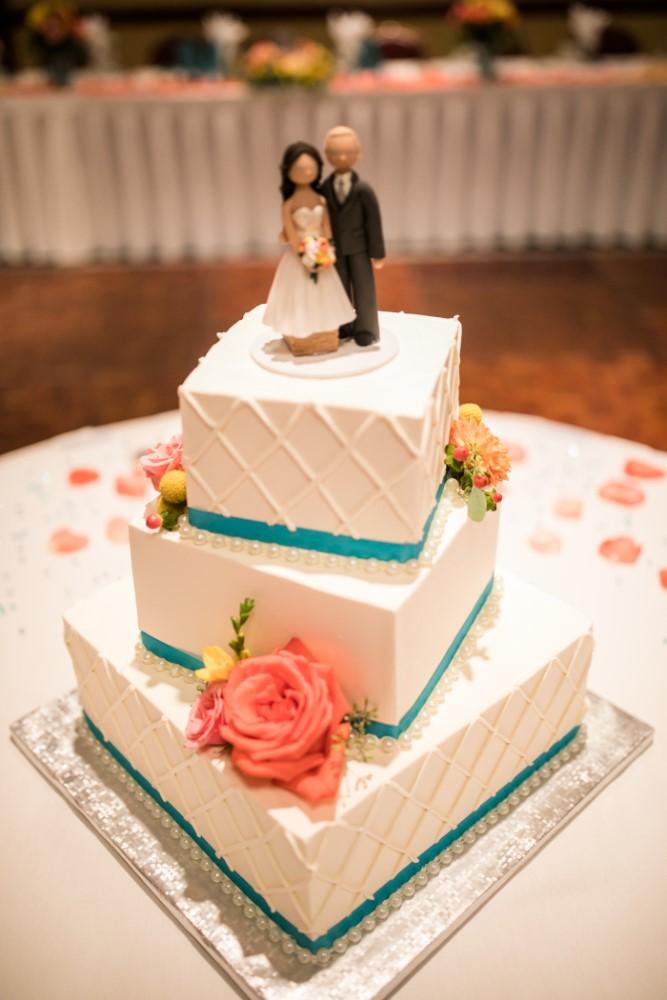 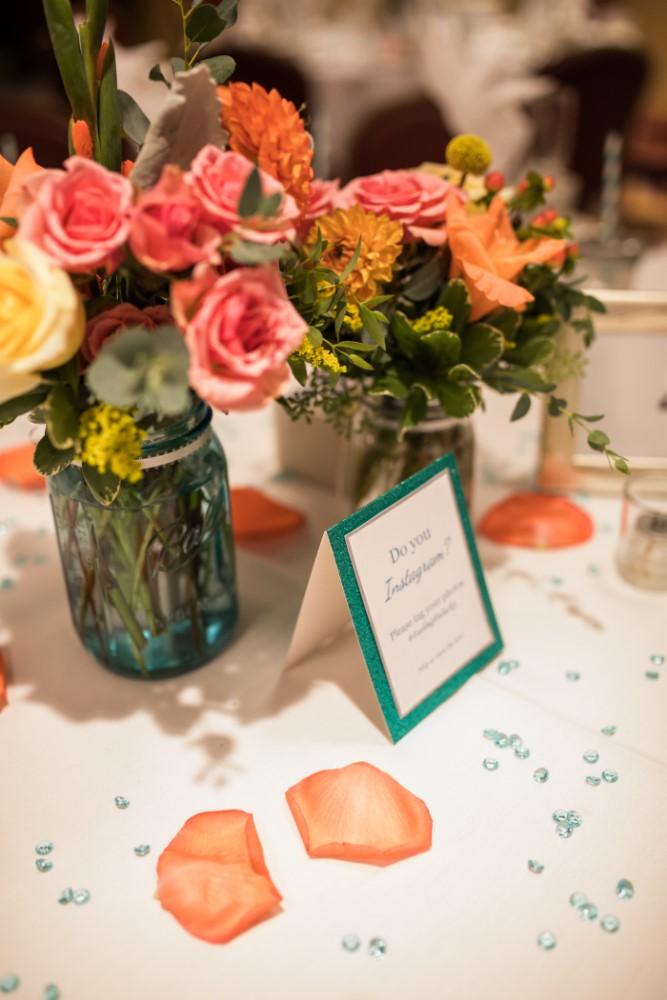 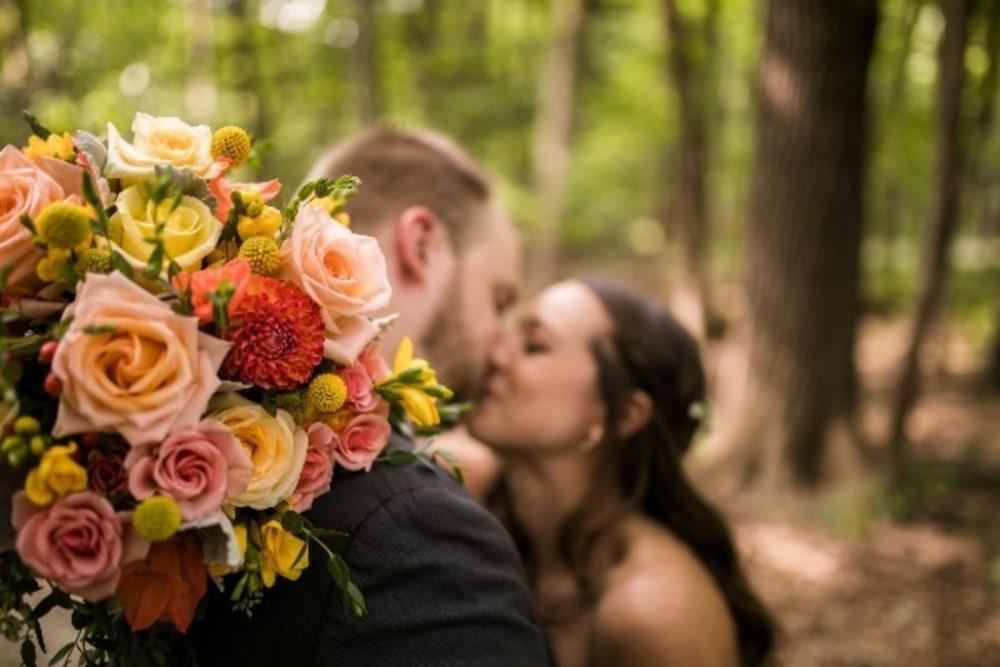 Can’t get enough Real Weddings and Local Love Stories? Head over to chicagostyleweddings.com to see more, or check out Sarah + Brian’s stunning wedding.