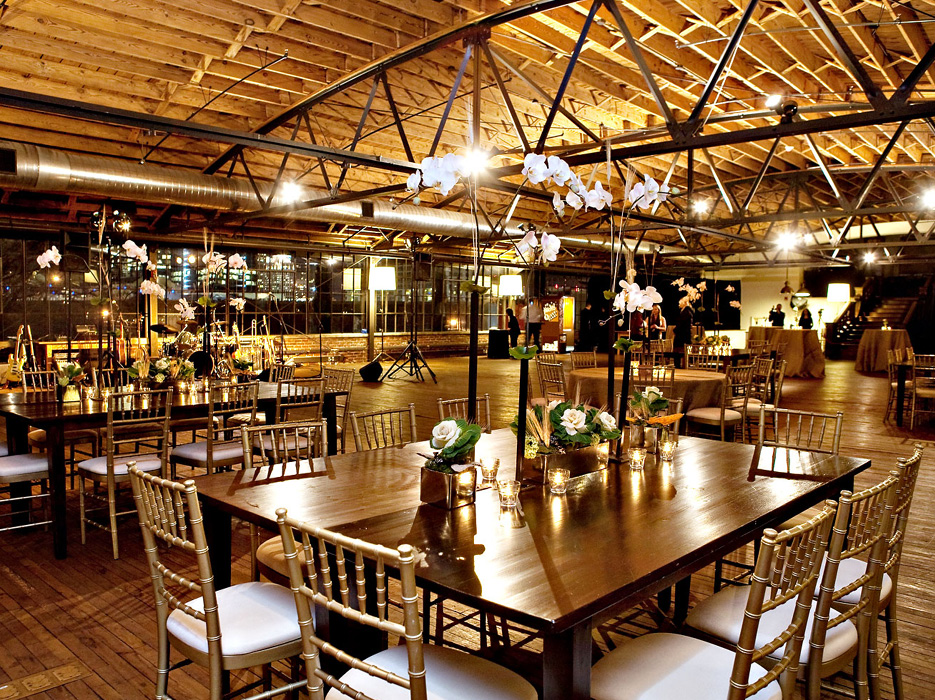 When well-known politician John Oxendine retired after serving four elected terms as a Georgia Constitutional Officer, his wife Ivy started making plans to celebrate his years of service and retirement. By the time she reached out to TOAST Events for help planning the party, which was to be a surprise, she had already assembled a guest list of 400, many of them among Atlanta’s who’s who society. In Ivy Oxendine’s hands, however, what could have been a staid affair took on an energy of its own, becoming, as she described it, “Not Your Granddaddy’s Retirement Celebration.”  The bars were decorated with burlap skirting and floral arrangements from Robert Long Floral Design and included both elegant white orchids & simple wheat. The rough hewn farm tables that Ivy had loved from the beginning were surrounded by gold chiavari chairs, further emphasizing the farm chic look.  Many of John’s favorite things were incorporated throughout the evening, including a Malbec at the bar and having the bartenders craft drinks from his favorite martini recipe from Katsuya in Los Angeles.  Banks and Shane kept guests entertained with southern rock and country tunes while a running slideshow that highlighted key points from John’s career played. At the end, both John and Ivy were thrilled with the event, which Ivy said “marked an end to a life in politics and public eye and a beginning as John and our family write a new chapter.”  Photos by Alecia Lauren Photography.

THEME
The farmhouse chic look of the venue, combined with John’s nickname “Ox,” made the theme of the party obvious: The Ox goes out to pasture.  Creative invitations from hi note cemented the theme, and decor at the party followed suit.  An event logo showing an ox turning to leave, as if headed out to pasture, appeared throughout.