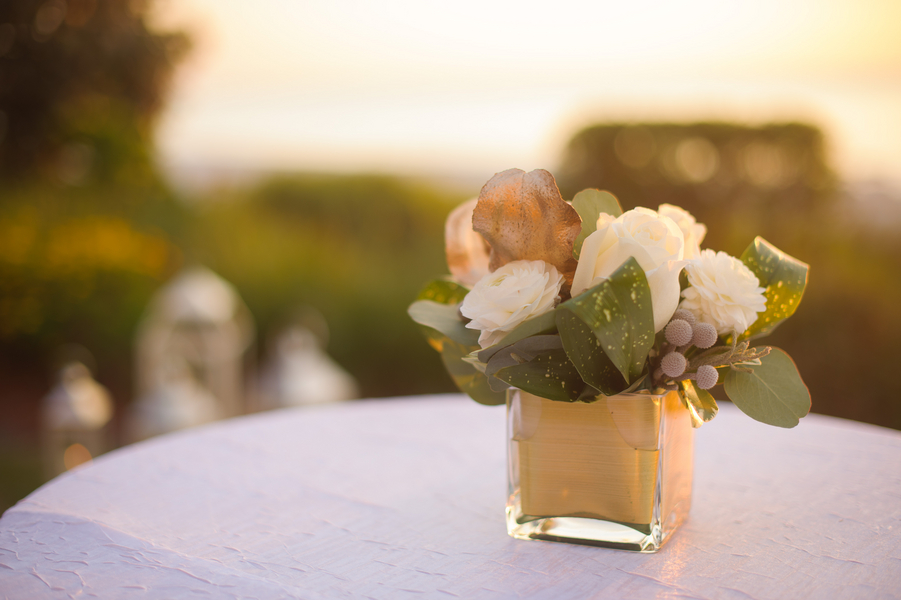 10 years of marriage is truly a beautiful thing to celebrate!  And adding a bit of New Year’s glitz to the festivities makes it even better!  Laurie and Grant have been sweethearts since high school, and when their ten year wedding anniversary rolled around back in January, they could think of no better reason to throw a party!  It was held at the beautiful LaPlaya Beach & Golf Resort.  Bright metallics of gold and silver were used throughout the decor, emitting a showy New Year’s glamor.  Luxurious arrangements of white and ivory flowers were scattered about the room, and each table was named after a special moment in Laurie and Grant’s marriage, three of them being the birthdays of their children.  An engraved time capsule was filled to the brim with messages for the couple from their friends and loved ones.  After entertainment from Jimmy Jam Productions and some of Laurie’s own family members, a magical cake lit with sparklers was brought into the spotlight, eliciting oohs and aahs from all!  As the delightful evening drew to an end, guests were thanked for their attendance with a bottle of champagne to open on the couple’s eleventh anniversary.  Photos of this dazzling celebration by Luminaire Foto! 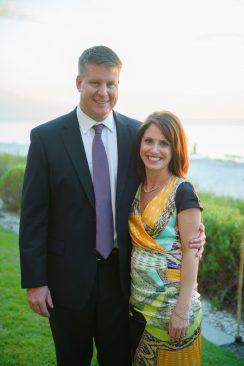 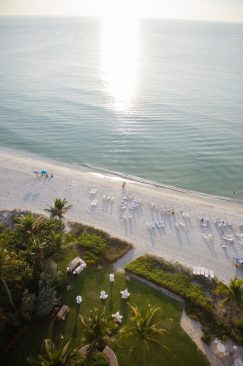 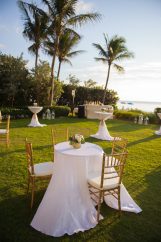 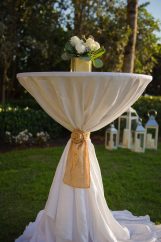 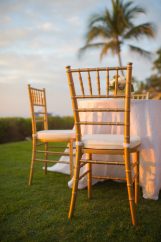 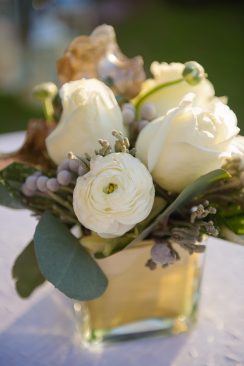 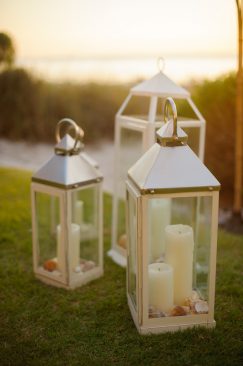 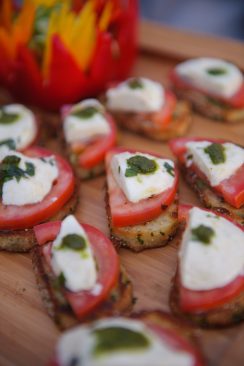 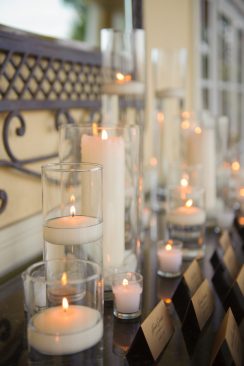 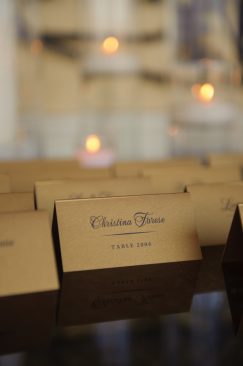 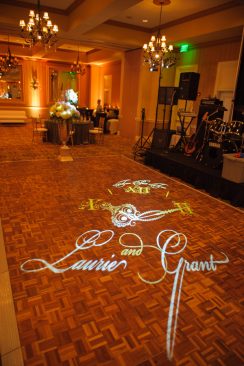 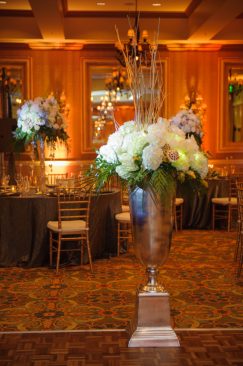 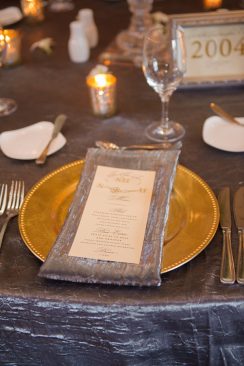 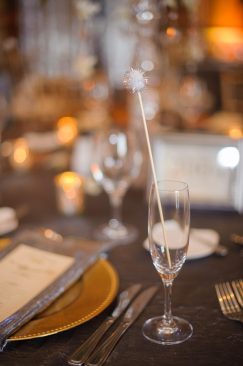 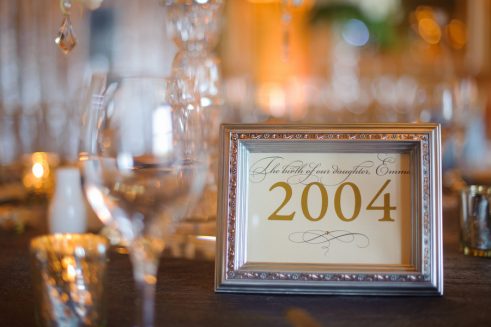 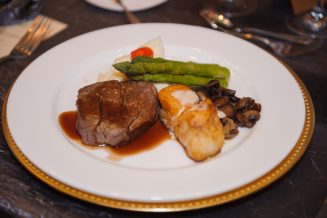 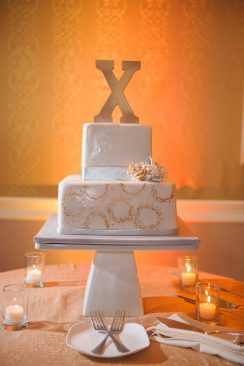 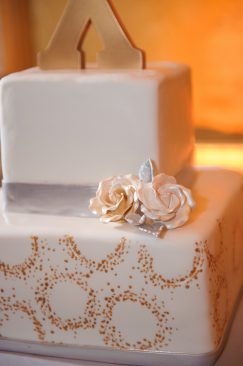 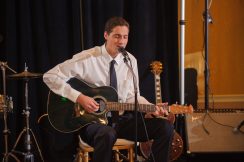 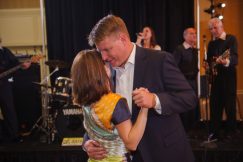